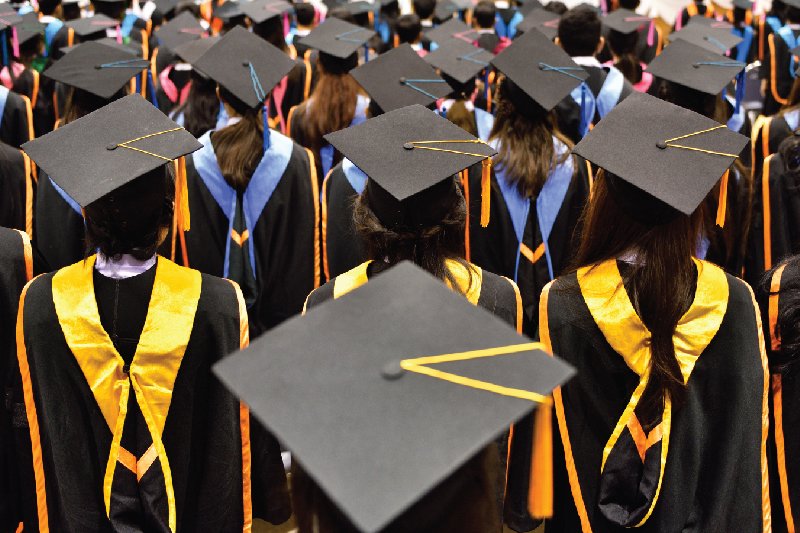 Is going to school in Nigeria still worth it?

Is going to school in Nigeria still worth it?

The idea that a graduate spends a whole lot of sleepless nights, joggle the thoughts of paying hefty school tuition fees only to end up unemployed or be slave to a system that shames all the efforts and sacrifices made to becoming a graduate, begs the question.

Graduates no longer are guaranteed reward for education. In fact, the era we live in at the moment in Nigeria, show that going to a formal institute has become a burden for the government and the system entirely.

It is a burden, in the sense that, the government would prefer not improving on the educational sector just to focus on more pressing matters. The ASUU strike is an evident case.

The government may want to play all the politics but when eyes are focused carefully on the narrative, it is glaringly obvious that the government is content with youths not fooling themselves with the idea of education and instead put more focus on something else.

After all, the President once asked Nigerians to go back to ‘farm; or better still, stop lazy-ing around in schools.

It is an advice some Nigerians took while others did not. This brings to mind the trending reports of a young Nigerian Lady who took onto social media, via the TikTok platform to lament on the fact that she is a graduate who has to survive selling charcoal.

“I Got A Degree But Ended Up Selling Charcoal To Survive” she wrote, after posting a video that saw her sitting by her duty post awaiting customers to patronize her.

“When they told you Education is the Key to Success but in reality it’s your padlock for your success.” She added.

Of course, it is not the worst thing that could happen to her, considering her online following shared lots of praises for the lady and had encouraging words for her attitude and never give up spirit.

“The fact that you started with something is beautiful.” One user had said.

Those words bring to light a sad reality we face in currently in Nigeria. The sad truth everyone would want to ignore or prefer not to talk about.

Education in Nigeria is no longer a thing, but rather a deception that the government and even the educational institutes in the country wouldn’t want to tell you.

The fact that Organizations would ask a job seeker to possess a Master’s Degree before he or she is considered for a role as a Personal Assistant or graduate training in an Organization whose boss very much doesn’t possess such qualifications, speaks volumes.

Or a system that requires only a Primary School certificate to enable one to become President, whereas to become the President’s adviser, one requires a number of Ph.ds shows the illusion the system would prefer to keep citizens in.