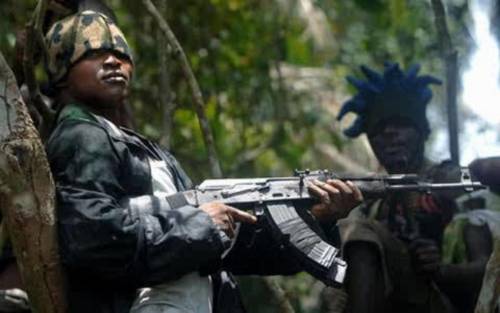 The the Divisional Police Station, Kolo located at Ogbia Local Government area of Bayelsa State, was attacked today by unknown gunmen, killing one police officer and left many others injured.

It was gathered that these unknown gunmen, after killing the policeman ransacked the whole station and cart away with some ammunition.

Residents said the gunmen numbering six, shot at a police team searching vehicles in front of the station.

The deceased was said to have been rushed to the hospital where he received medical attention but later died.

He said the police have launched a tactical investigation into the incident.

“Yes, it happened at Divisional Police Station, Kolo, Ogbia, a police Inspector was killed, not a sergeant,” Butswat said.

Kidnapping is a major problem in Nigeria in the early 21st century. Kidnapping by bandits and insurgents is among the biggest organised or gang crime in Nigeria and is a national security challenge.