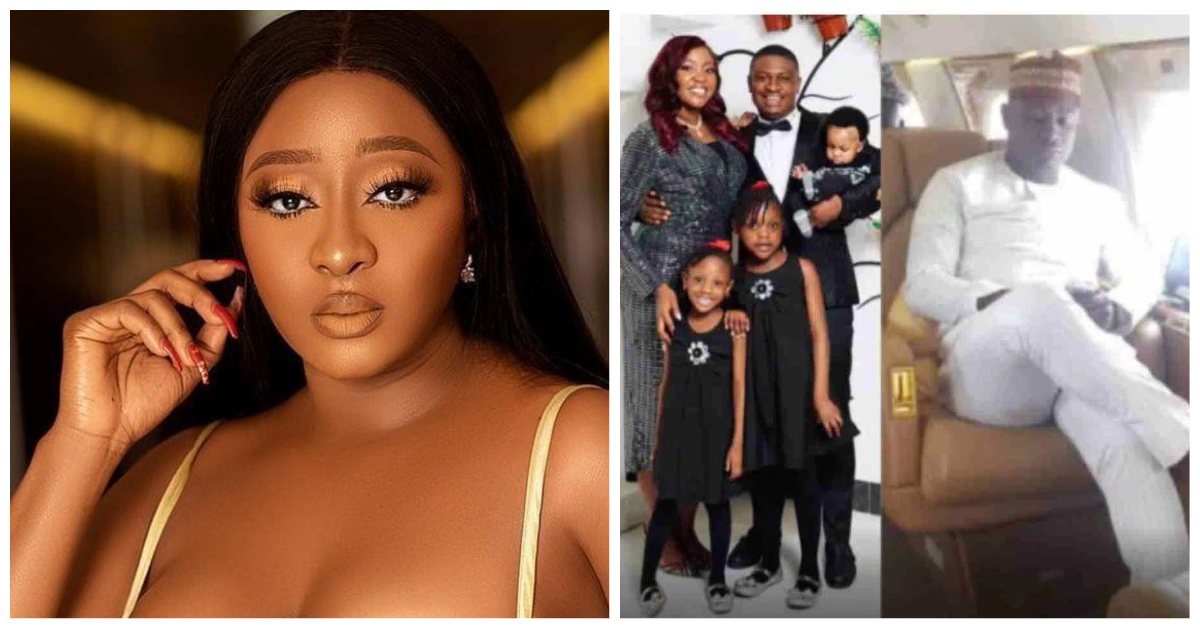 Popular Nigerian actress, Ini Edo has been called out after being accused of being in a romantic relationship with a married businessman.

A controversial blogger has asserted that Nollywood star, Ini Edo has a side man that is responsible for her lavish lifestyle.

According to the blogger, Cutie Juls, Chairman of Dimalor Group, Obialor Obidimalor is the actress ‘big god’ as he recently vacationed with the actress in France but the duo decided to make their moves less suspicious by posting photos from different locations.

The blogger claimed that Ini Edo is after Obialor’s wealth as she’s planning on acquiring an apartment where she and her alleged lover, Ifeanyi can reside.

It was also revealed that the businessman was one of the main sponsors of Ini Edo’s birthday party.

“So na Brother Obialor be our sister’s big god. Hmm during their France trip, I was just laughing. They kept taking separate pics from separate places. But you see this relationship, I just love how Ini is using Obialor’s Mumu button.

I learnt she is trying to get Ifeanyi (the guy I posted when breaking her child birth’s news) an apartment close to Harvest apartments so they will both use it as their comfort home outside home. Obialor will shower praises on his wife on IG but will take Ini Edo on every trip. Hmmm. Learnt he was one of the main sponsors of Ini’s birthday party which she had recently.

But he didn’t throw that kind of party for his wife’s birthday o. Hmmmm men. I think his wife is even younger than Ini but his mumu self will spend the money on aunty celebrity instead of giving his wife the money to do BBL also, if that’s what attracts him. Anyway, no mind my long talk. Na the simple amebo I wan do be set, we have graciously seen the handsome married man who is Ini’s big god.

Thanks for ur attention”

An IG user identified as @fairlyluv also chipped in her quota on the gist.

Guardiola to Leave for Serie A