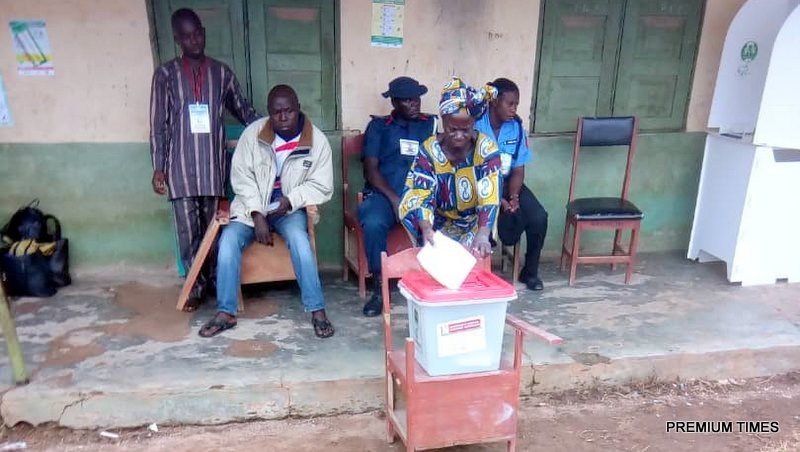 A national commissioner at INEC disclosed this during an interview on Tuesday. According to him, the NIN would help tackle challenges of underage voting, alien voting and other challenges associated with registration.

The national commissioner, who wished to remain anonymous because he was not authorised to speak, said a final decision would soon be reached.

The INEC official explained that the permanent voter card was only supposed to be in use for a maximum of 10 years, adding that most countries rely on a national database and not the Permanent Voter Card for voting.

He said, “The NIN is the ideal. When we want to begin the continuous voter registration, we may consider it because ordinarily, a national identity card is what should be used for voting. When the PVC was introduced, it was meant to be in use for 10 years and the assumption was that within those 10 years, the national identity card would be in use by a majority of Nigerians.

“I can tell you that the NIN will be one of the preconditions for registration when the CVR starts. We are trying to harmonise all databases.”

When contacted on the telephone, the Director, Voter Education and Publicity, INEC, Nick Dazang, said he could not say for sure if the NIN would be a precondition for registration, adding that meetings were still ongoing.

He said once a final decision had been made, INEC would officially inform Nigerians. When asked if the NIN would be made compulsory for new registrants, Dazang said, “When we reach the bridge, we will cross it. For now, we have not announced the date for the registration exercise to begin and the conditionality. When we are ready, the commission will announce the procedure for the continuous voter registration so the commission has not taken a decision in respect of that.”

The INEC director said the commission was also looking at how to ensure that the registration is done amid the raging COVID-19 pandemic. INEC has not registered any Nigerian in over two years, a development which civil society groups have criticised.

The commission had announced in November that the registration exercise would begin in the first quarter of 2021.

Several government organisations have made the NIN a precondition for obtaining documents.

The Nigeria Immigration Service had in 2019 made the NIN a precondition for obtaining a passport while the National Examination Council and the Joint Admissions and Matriculation Board said recently that only persons with their NINs would be eligible to sit for exams.

The demand for the NINs by government agencies has forced thousands of Nigerians to gather at enrolment centres of the National Identity Management Commission in flagrant disregard of COVID-19 protocols.

Meanwhile, the Federal Government on Tuesday said the linking of NINs to subscribers identification modules would assist it in fishing out criminals.

The Minister of Communications and Digital Economy, Isa Pantami, said this in a statement issued in Abuja by the Director Public, Affairs, Nigerian Communications Commission, Ikechukwu Adinde.

According to the statement, the number of Nigerians, who have collected NINs, has increased to 47.8 million.

Pantami advised Nigerians to protect their NINs, adding that subscribers should not sell their NINs or allow others to use them for registration.

“For any action committed with the SIM good or bad it will be officially traced and attached to the NIN owner,” the minister warned.

The statement further stated that at the end of a review meeting on Tuesday, the Technical Implementation Committee under the Ministerial Task Force reported significant progress in the NIN-SIM linkage.

The NCC stated, “So far, a total of 47.8 million NINs have been collected by the mobile operators. At an average of three to four SIMs per subscriber, this means many millions will be linked up before the deadline in February 2021.”

On December 15, 2020, the Federal Government said after December 30, 2020, all SIMs that were not registered with valid NINs on the network of telecommunications companies would be blocked.

It later extended the December 30, 2020 deadline following widespread opposition against the earlier announcement. It gave three weeks extension for subscribers with NINs from December 30, 2020 to January 19, 2021.

It also gave six weeks extension for subscribers without NINs from December 30, 2020 to February 9, 2021, but many organisations had called for further deadline extension or outright suspension of the NIN registration process due to the large crowds who had yet to have their NINs.

Reacting to the report of the committee, the minister on Tuesday expressed satisfaction with the achievement.

He also expressed the Federal Government’s appreciation for the commitment demonstrated by all stakeholders and citizens and urged them to submit their NINs before the February 9, 2021 deadline.

In a related development, despite the assurance by telecommunication firms that telephone lines that were not linked to NINs would not be deactivated on Wednesday, many Nigerians still thronged the NIMC registration centres on Tuesday.

In Abuja, it was observed that most NIMC centres recorded large turnout of residents as Nigerians struggled to get their NINs before the February 9, 2021 deadline.

Related Topics:INECNational Identity Number
Up Next