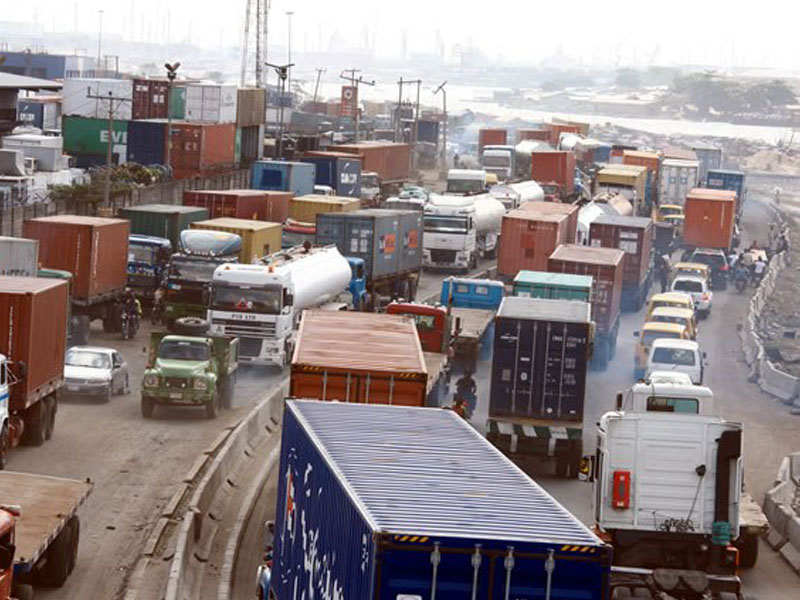 Governor-elect of Lagos state, Babajide Sanwo-Olu has vowed to permanenly solve the Apapa gridlock within his first 60 days in office.

According to PUNCH, Sanwo-Olu spoke during an interactive session with his classmates at the executive master of business administration class, University of Lagos, 1998/2000 set, at the Wheatbaker Hotel in Ikoyi, Lagos.

The governor-elect was reportedly asked what he would do differently after taking over power and Sanwo-Olu spoke on the gridlock caused by trailers, tankers and heavy-duty trucks in Apapa and environs.

“I believe that it is something that we are going to solve in the first 60 days of our government. Whatever is going to be required of us, we will take them out.

“There is a lot of politics being played around there. But no, it cannot be the way we’ll continue to live. We cannot continue to give excuses.”

Sanwo-Olu said in the long run, his administration would develop the Badagry Port, which would serve as another entry point and ease movement and operations at Apapa.

In November,the governor-elect said he had consulted experts as part of his plan to rid the gridlock on major roads, within six months.