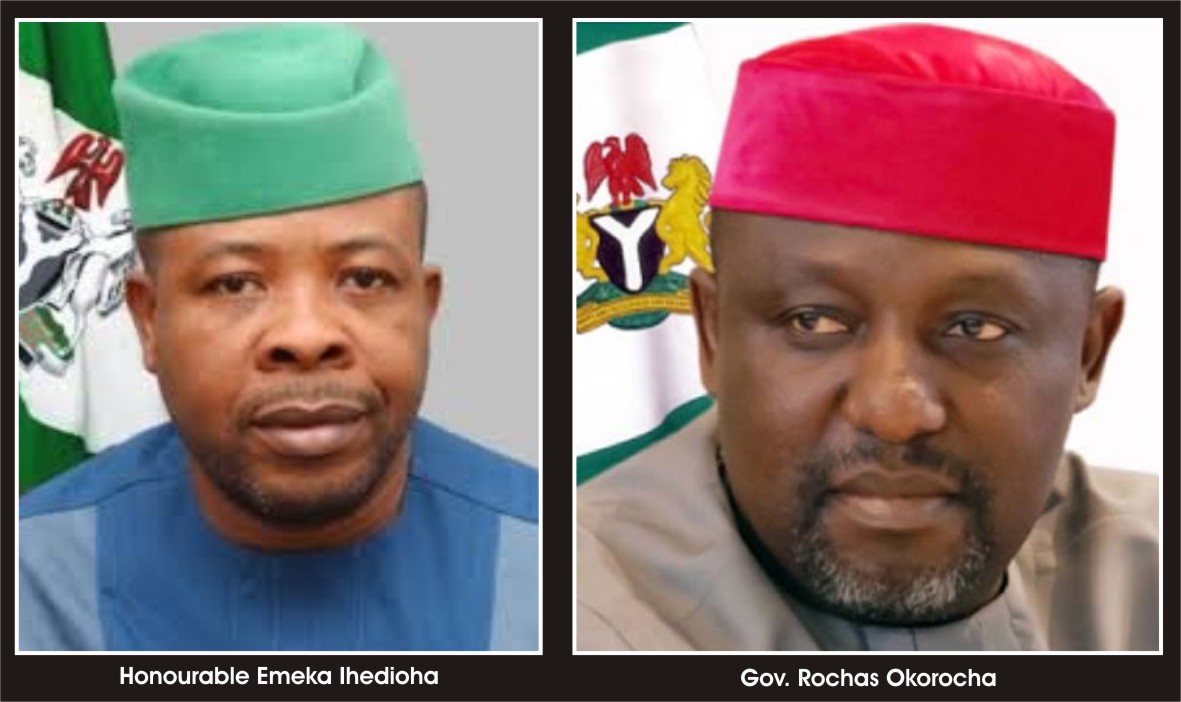 The immediate past governor of Imo State, Rochas Okorocha, has officially handed over to his successor, Emeka Ihedioha.

Okorocha handed over through his principal secretary, Emeka Duru, on Thursday in Owerri, the state capital.

The governor was represented by the Secretary to the State Government, Uche Onyeagucho, during the ceremony which held in his office in Owerri.

The handover was reported in statement issued by the media aide to the SSG, MacDonald Enwere,

The statement read, “The immediate past governor of the state, Rochas Okorocha, today delivered his handover note to the state Governor, His Excellency, Emeka Ihedioha CON, through his Principal Secretary, Emeka Duru.

“The handover note was received on behalf of the governor by the Secretary to the State Government, Uche Onyeagucha, in his office at the early hours of today.”

“Receiving the handover note, the Secretary to the State Government said the immediate past governor, Rochas Okorocha, had refused to hand over to the present Governor, Emeka Ihedioha, since after he left office on 29th May, 2019. He said that such an act was sheer aberration and contradicted the principle of constitutional and democratic governance.”

Following the hand over, Imo State Governor, Emeka Ihedioha, has set up a committee to review the appointments and recruitments made by his predecessor, Rochas Okorocha.

According to a statement issued in Owerri, the state capital, on Thursday, by the Secretary to the State Government, Uche Onyegucha, the committee would investigate cases of officers who were unduly suspended or retired  from 2015 till date.

It also explained that the committee would evaluate the recent appointments of head of service, permanent secretaries, solicitor-general, accountant-general, and heads of extra-ministerial departments made by the immediate past governor.

According to the statement, Okey Anyanwu will serve as the chairman of the committee, while Chukwuma Nwachukwu, Ngozi Onyirioha, Ihima Nmeregini, Ismarck Eziohuru, Justin Amafili and Donatus Ibe will serve as members.

The statement noted that the committee would “Evaluate the recent appointments of head of service, permanent secretaries, solicitor-general, accountant-general, and heads of extra-ministerial departments.”