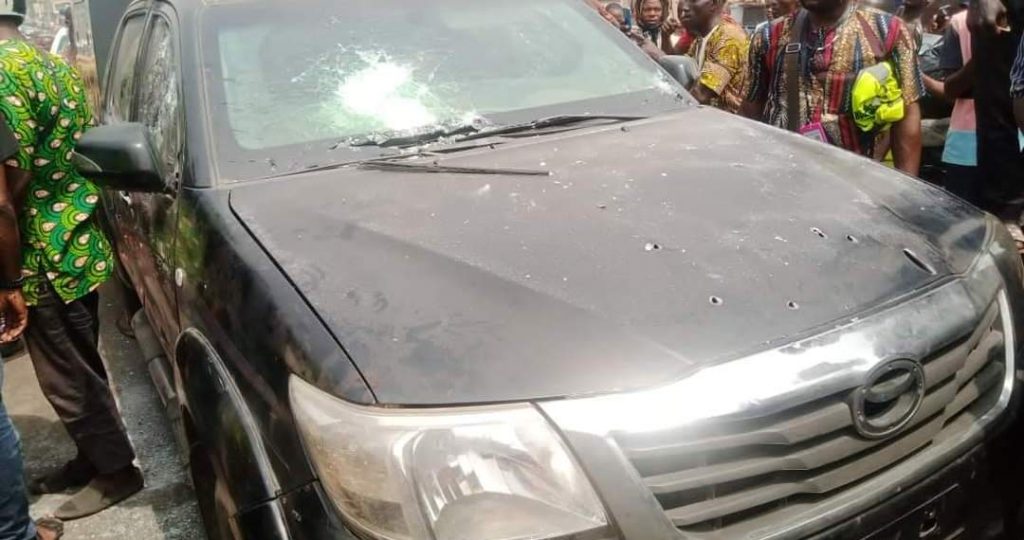 Thursday, 10th 2022 was a dark day in Ibadan, Oyo state capital, as armed robbers attacked a bullion van at Idi-Ape area of the town which led to killing of innocent people and left others wounded.

The remains of one of the victims identified as Mr. Mubarak Olanrewaju Sulaiman, have been buried in line with Islamic rites at a Muslim cemetery in Akinyele, Ibadan, on that same Thursday night.

Mr Sulaiman was buried after his body was released at the University College Hospital (UCH) where he was moved shortly after the incident, two police officers were also said to have been killed during the attack.

The 37-year old man met his untimely death while heading home from Ikire in Irewole Local Government Area of Osun State, where he had gone to pick his son.

The deceased was described as an “onlooker” by the state police command, however contrary to police claim  it was gathered that the he was on his way to his Ajibode residence along with one of his children when he met his untimely death.

It was gathered that Sulaiman’s two-year-old son, who was in the car with his father, was lucky to escape unhurt.

In a statemnet released by Public Relations Officer of the state police command, Adewale Osifeso, described Sulaiman who was driving his car along the road when the incident occurred, as a “onlooker who was hit by stray bullet”.

Osifeso enjoined the citizens not to panic.

“Further to the media chat at the scene of the crime. Today Thursday 10th February, 2022 at about 1345hrs, a group of masked armed robbers about 10 in number trailed, targeted and attacked a bullion van around the traffic light area, Idi-Ape junction Agodi, Ibadan.

“The armed robbers engaged the police officers escorting the bullion van and in the process, an undisclosed amount of money was carted away.

“In a swift response, the Police equally neutralized one of the armed robbers while some were believed to have escaped with multiple gunshot injuries.

“Consequently, a civilian onlooker was hit by a stray bullet and died at the scene while two Police officers later died in the hospital as a result of gunshot injuries sustained. Four others including two police officers are responding to treatment,” he said.

“The citizenry are hereby enjoined not to panic as efforts are in top gear to track down and apprehend the criminal gang.”

The management of the UCH spurred by the Federal Government’s efforts in refurbishing the teaching hospital has taken steps to widen the scope of services provided by the resuscitation of the open heart surgical procedure of the hospital.