I endorsed several bills but three unique to me, says Jonathan
Advertisement 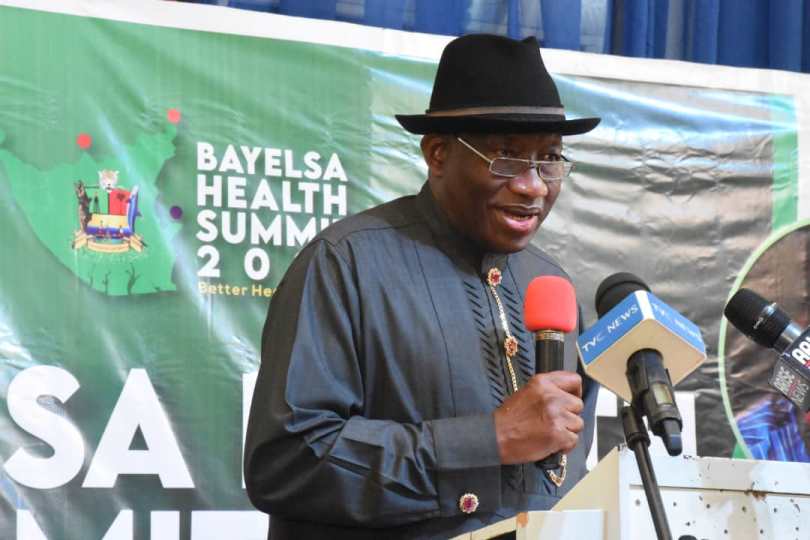 Ex-President Goodluck Jonathan has disclosed that among the several bills he agreed to while in office as president, three of them have stayed very dear to his heart.

Jonathan declared this during his comments as a Special Guest of Honour at the opening of a three-day Health Summit coordinated by the Bayelsa State Government in Yenagoa, the state capital, on Monday.

The former President listed the three unique bills as the National Health Bill, the Freedom of Information Bill and the Nigerian Local Content Bill creating the Nigerian Content Development and Monitoring Board (NCDMB).

Jonathan, however, stated that among the three parts of legislation the Local Content Law was making the most influence as it provided for a board to administer the activities of the NCDMB.

He said, “I thank the Honourable Minister (of Health) and the (state) Commissioner for Health made reference to the National Health Bill that I signed into law in 2014. As a president, I signed so many bills into law, government bills and private bills.

“But there are three bills that till today I am quite pleased that we signed into law. The National Health Bill is one of them. The second one is the Freedom of Information Bill that affects my good media people and the third is the Nigerian Local Content Bill.

“But the Local Content Law provides a board that manages the process; they are working very well and the results are obvious. But these other two are not because there is no ombudsman kind of to oversee what is being done.

“Most cases I believe that 30 to 40 per cent of doctors practising in Nigeria will not even know the details about that (National Health) Bill. So I will request the Honourable Minister, as you go back to Abuja; luckily from what you said, you are expanding on that Act, may be developing a manual to guide practitioners.

“I think there is a need for a summit or conference that will dwell only on that Act for state actors, private actors and even those who teach in the university. Before you graduate as a doctor you should really have an idea about the law.

“And when the states are domesticating that law based on local circumstances with a clear knowledge of the law, it will help us greatly to improve on our health services.”