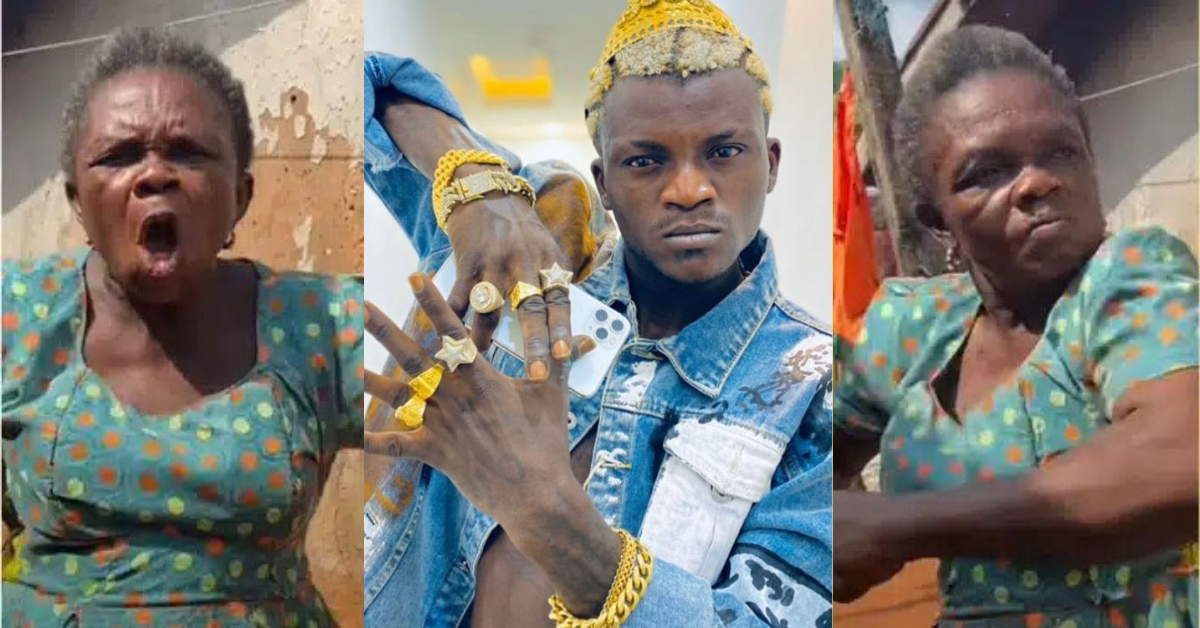 In a video making rounds on social media, an aged woman has declared herself the mother of street singer, Habeeb Okikiola, AKA Portable.

In the video, the yet-to-be-confirmed aged woman began displaying traits of the singer, Portable, claiming to be his mother.

As could be seen in the video, the woman cried out to see her dear son.

She was heard saying;

Many reacted, stating that with her hyperactive displayed, she could be, indeed, the mother of the singer.

See some of the reactions below;

bfundz said: “e no get anything wey you wan tell me, na portable mama be dis.”

Meanwhile, the controversial street pop singer, Portable Omolalomi was vexed after being sprayed with fake naira noted at a club in Port Harcourt.

The singer, Portable, in a video, ranted over the authenticity of the money he was sprayed on by a fan in a Port Harcourt club.

In the video, the Zazuu crooner could be seen with his crew, ranting as they sort out the fake money from the authentic ones.

My Boyfriend Gives Me $17,000 Every Month – Bobrisky Spills