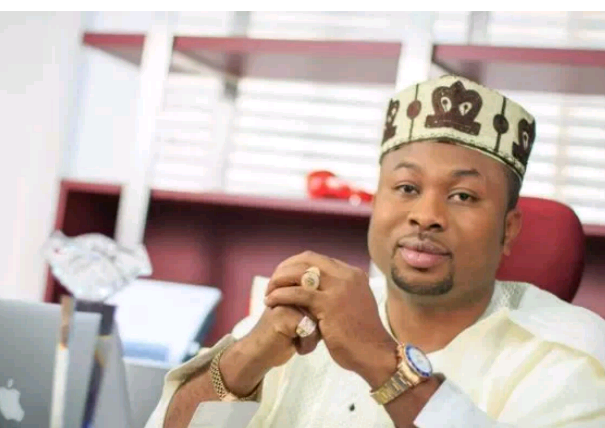 Stirring up quite the controversy on social media regarding his performance during sex, businessman and ex-husband of Tonto Dikeh, Olakunle Churchill has since grown quite the number of trolls following Dikeh’s interview in which she referred to him as a ’40 seconds man.’

While Churchill seems unbothered by the numerous insulting comments about his bedroom prowess, it appears he was in a bit of a mood to let people know he’s very much in control when it comes to his bedmatic skills.

He shared a dashing photo of himself and wrote: “Love yourself first and everything else falls into line” #youarewhoyouaresoloveyourself #bekindtoyourselfeveryday #selflove”

While many people complimented the photos, others used the opportunity once more, to troll him about the 40 seconds allegation. His response however, has got social media buzzing.

While the internet seems to be enjoying the respite from Tonto Dikeh and her ex-husband’s drama, it appears Olakunle Churchill, isn’t, and had earlier taken to social media to throw some shade at her.

He did this in in a Mother’s Day message celebrating his mother and grand mother. His initial message reads: “Happy mother’s day to two special mothers in my life and wives to influential impact maker and missionary per excellence in this country. May God forgive anybody who tries to tarnish the name of their husband through cheap blackmail. #mothersarespecialblessings #mumandgrandma❤️”

Kim Kardashian Is In Law School And Is Studying To Be A Lawyer!