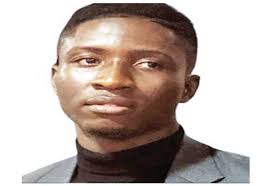 TopNaija reports that an investigation by the police has shown how a systems engineer and winner of the 2018 IBM competition, David Nketim-Rex, was killed.

Top police sources and a relative of the deceased told The TopNaija on Monday that David was shot by robbers on a motorcycle on Jibowu Street in the Jibowu area of Lagos State last Friday.

David, who was the son of Dr Yetunde Nketim-Rex, a senior lecturer at the English Department of the University of Lagos, was said to have been dropped off by his cousin, Nicholas, around 8pm.

The deceased was said to have walked down to Jibowu Street near Finicky Restaurant, which has no functioning streetlights.

While waiting to board a vehicle to convey him home, which is close to WAEC bus stop, he was said to have been using his Samsung phone and this caught the attention of the robbers.

An attempt by the robbers to snatch David’s phone was resisted and this was said to have infuriated them as one of them brought out a gun and shot him at close range before fleeing with the phone.

A source said, “The incident occurred around 8pm on January 15, 2020. The cousin of the deceased, Nicholas, said they closed from work and they were on their way home. But he said he had to do something and then dropped off David at GUO Transport.

“From preliminary investigation and from what some eyewitnesses said, a guy alighted from a motorcycle and attempted to snatch David’s phone. A scuffle ensued and the man shot him at close range and fled with the phone.”

A relative of the deceased, who confirmed the preliminary report, said it was when Nicholas arrived home and did not see David that the family began to fear that something had gone wrong.

They were said to have launched a manhunt for David and found him lying in a pool of blood.

He said, “When Nicholas returned home, he didn’t see David. He said David ought to have arrived within minutes because he dropped him off at GUO because their home is a short distance from where he was dropped off.

“They called his phone but it was switched off. It was at that time that they began tracing him. On getting to Jibowu Street, he was found lying in a pool of blood and policemen were there.”

The relative, however, said the police failed to act on time because David had not yet been confirmed dead when the policemen arrived.

He explained that the policemen had already declared the spot a crime scene and assumed that David was dead.

But the Police Public Relations Officer, Muyiwa Adejobi, said David was already dead when they arrived at the scene.

He stated, “On getting to the scene, policemen met his lifeless body, but the relations insisted that he was not dead. So, the police took him to the Military Hospital, Yaba, but the hospital said it could not treat him and then referred him to LUTH.

“He was accepted at LUTH and he was confirmed dead. The family returned to the police to get extracts at the station for a mortuary. So, the allegation of the police abandoning him is not true. The incident is unfortunate and we sympathize with the family, but we did what we could.”

Meanwhile, it was learned that the case had been transferred from the Sabo Police Division to the State Criminal Intelligence and Investigation Department, Panti.

“Policemen at Sabo said armed robbery and homicide cases are not handled at police stations. So, Panti has taken over the investigation,” a relative said.

David, according to a 2018 statement by IBM, had beaten 17,000 others from around the world including finalists from Brazil, Germany, India, Japan, Nepal, and the United States, to emerge as the co-regional winner of the annual Master the Mainframe competition organized by AngelHack and IBM Z Academic Initiative.

The deceased, who was described as a tech wizard by friends, bagged several certificates and accomplishments before graduating from the Department of Systems Engineering, University of Lagos, in 2019.