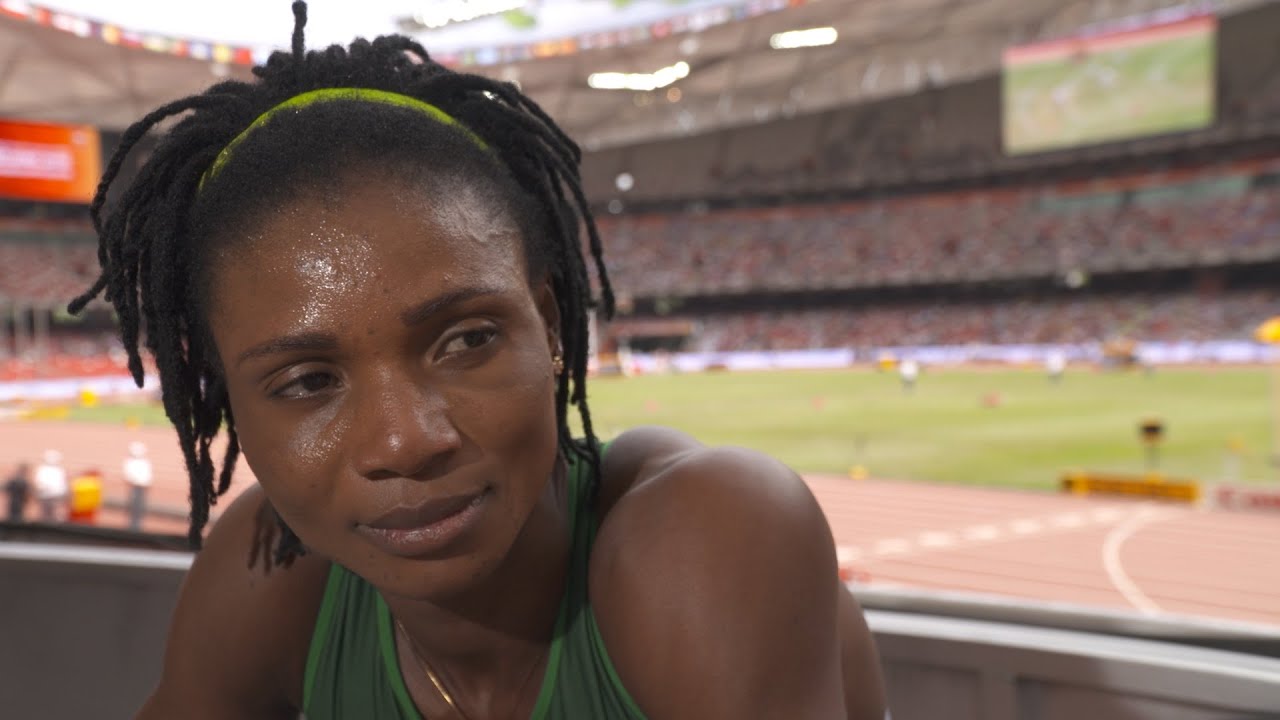 Talented Nigerian track star Patience Okon-George represented Nigeria in the women’s 400m, 4x100m and 4x400m mixed relays at the just-ended Tokyo 2020 Olympics, her second appearance at the Games. In this interview, she tells JOHNNY EDWARD about her life off the tracks.

What was your preparation like prior to the Tokyo Olympics?

I started proper training in 2021, two months before the National Sports Festival. It was tough for me at first because I was sick for over three months. I was hospitalised and the doctors could not diagnose the ailment, but after several tests, I started receiving medications and I got better. At the festival, I struggled to run but it was in first week of March I regained full fitness.  There was a lot of ups and downs but I thank God for everything. We were in Abuja before we went on a training tour of the US, where we ran a couple of races. We were in US for about two months, before we came back to continue. We also had the national trials, where I qualified with the best time.

The Tokyo 2020 Olympics was your second appearance, were you under any pressure to win a medal

No, I was not, but disappointed I could not win one in the events I took part in. It was not easy in Tokyo. Most of the athletes struggled to adjust to the high temperature. COVID-19 was very scary. Personally, I was very careful. It was not the kind of Olympics I would have loved to take part in, but in all, I’m glad I took part in it. I’m looking forward to the Commonwealth Games in the United Kingdom next year.

You competed in three events in Tokyo. Can you share your experiences at the Games?

It was nice and beautiful. It was a rare feat for me considering the struggles and setbacks athletes faced there.  I prepared for the women’s 400m and 4x400m mixed relays but because we had 10 of our athletes disqualified, I was drafted to the 4x100m women’s relay team which was a good experience. I’m happy that in the 4x400m mixed relays, we set a new African record, but overall I was sad not to have won a medal.

How was the camp like after the 10 athletes were disqualified?

We were very sad, even more than those who were disqualified. The disqualification dampened the morale of the athletes who competed because we were united going to the Games and had high expectations as a team before the setback.

I used to be but not anymore, but I have two lovely princesses (girls).

What happened to your husband?

He walked away because he did not want me to continue with athletics, but that has always been what I wanted to do. Athletics gave me everything and I could not imagine myself doing something else. I almost thought of quitting because as at that time, I told my then-husband that I would consider his options if he set up a lucrative business for me, which he did not do eventually. He left me when my second baby was just over two years.  He left us in 2010 and stopped being responsible ever since then. So, I had no choice but to focus on my game and work hard to give my girls a better life. It was rough and tough at first, but I got used to it.

How old are your daughters now?

My first girl is 15 years and currently in Senior Secondary School 1 while my last born is 13.

We see you in sportswear all the time. What type of clothes are you comfortable wearing when you are not running?

I’m always comfortable in trousers. I wear trousers every time except when I’m attending church service. I also love wearing native attires for Sunday service as well. I am a chorister and for me, that is the only way I can work for God. When you see me in church attire, you would barely recognise me because I dress differently.

Would you encourage your kids to go into athletics?

Yes, if they want to. My second daughter has the talent. She loves it a lot and helps me with timing during my trainings. She calls the shots when I train personally and I intend to help her grow in athletics. But that is up to her if she wants to take after her mother. The elder one is a bookworm; she loves reading a lot.

Okon George won her second individual African Championships bronze medal in the 400 metres at the 2016 Durban Championships. She placed third behind Mupopo and Margaret Wambui. She also anchored the Nigerian 4 × 400 m quartet (Omolara Omotosho, Regina George, Yinka Ajayi, Patience Okon George) to a silver medal on the last day of the championships. She also successfully defended her national title in 2016 and sealed her spot for the Rio Olympic Games.