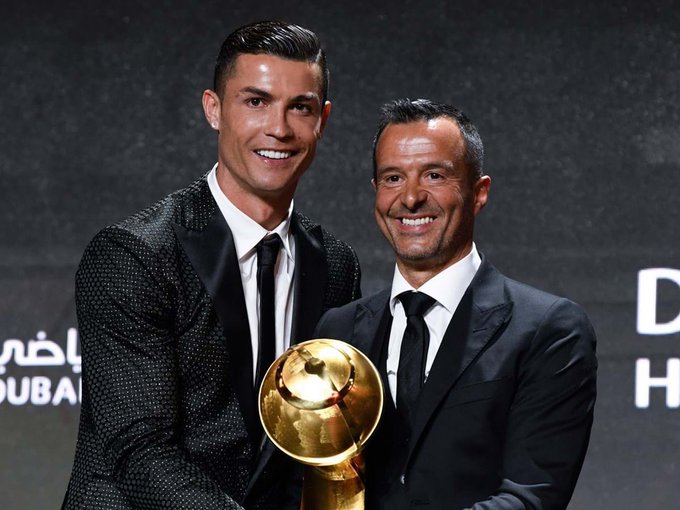 According to reports in Portugal, Cristiano Ronaldo is no longer represented by super agent Jorge Mendes, and his record-breaking transfer to Saudi Arabia was managed by his “personal manager”, who now serves as Ronaldo’s pseudo-agent.

Mendes, one of the world’s most influential and successful agents, has been working with Ronaldo for for 20 years and has helped arrange a number of lucrative trades for the five-time Ballon d’Or winner.

However, it has been suggested that recently, “tension has risen” between Ronaldo and the CEO of Gestifute, and that their relationship is “degrading.”

When his contract with Manchester United expired, it was rumored that conflict forced Ronaldo to consult individuals outside of his customary group about his future move.

According to building story, Jorge Mendes was not the agent involved in negotiations for Ronaldo’s lucrative move to Al Nassr.

Ricardo Regufe, who is now essentially acting as his right-hand man/ Ronaldo’s agent managed the proceedings instead.

When Ronaldo signed his first deal with Nike in 2003 while serving as a marketing executive for the company in Portugal, Regufe was the first person he ever met.

When he saw a young player for Sporting CP who had potential, he persuaded him to sign a boot deal with Nike, which altered the course of the game.

They developed a close connection, and Regufe spent many years as Ronaldo’s teammate, confidant, and counselor.

Regufe managed Ronaldo’s commercial and endorsement prospects while Mendes handled his football operations, assisting in his transformation into a marketing sensation.

Regufe appears to be taking on more responsibility, but he stands to make a staggering £26 million on commission from his most recent transfer, which when converted to Nigerian naira will translate to N13,947,721,594.56 .

Ronaldo, who has agreed to a two-and-a-half-year contract at a staggering £173 million per season and will represent Saudi Arabia’s 2030 World Cup bid, was officially revealed as an Al Nassr player on Tuesday.

After a good physical examination, he might compete against Al Ta’ee on Thursday.

Five Years Of Relationship, Alexx Didnt Sleep With Me, But Was Cheating – Fancy Acholonu Speaks