How I spent N400m collected from Dasuki - Metuh confesses
Advertisement 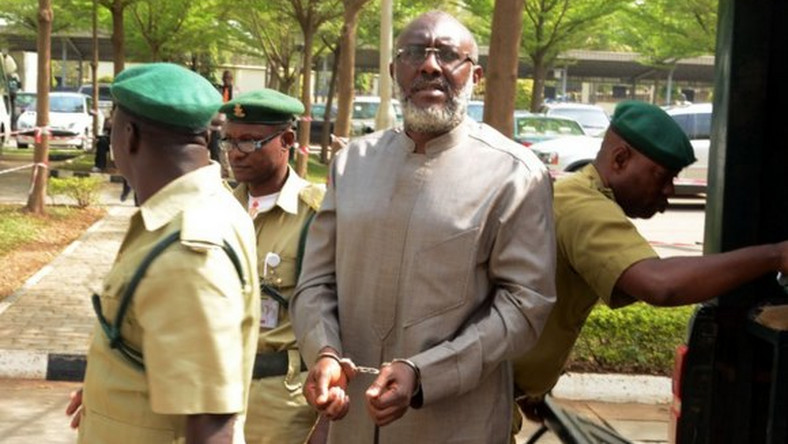 A former national publicity secretary of the Peoples Democratic Party (PDP), Olisa Metuh has narrated how he spent the N400 million allegedly traced to him as proceed of money laundering, TOPNAIJA.NG reports.

Testifying before Okon Abang, judge of a federal high court sitting in Abuja, on Tuesday, Metuh listed how the fund was spent, but refused to mention names of the beneficiaries.

He said he did not provide the names because the Economic Financial Crimes Commission (EFCC) had turned the matter to a media trial.

Metuh is facing trial for alleged diversion of N400 million received from the office of the former national security adviser, Sambo Dasuki, for the 2015 general election.

“We leased an office through the late Chief Tony Anenih, amounting to N25 million. He requested for cash payment and over N21 million was made in cheque in his name and delivered to him,” he said.

“The office was fully furnished with state-of–the-art computers, internet facility, two brand new generators and staff had 24-hours access to the office daily”.

Metuh said N37 million was used for media engagements and meetings with editors in Nigeria, adding that expenditure on analysts, content developers, core staff and support staff hired for the purpose of the assignment amounted to N13 million.

According to him, workshops and perception management campaign cost N23 million and N10 million was spent on new media, while the production of materials, appearances on radio and other media services gulped N15 million.

He disclosed that the cost of security, transportation, hotel allowances among others amounted to N47 million.

While N55 million was spent in the south-south, Metuh said the northern zone, handled by the late Anenih, got N97 million with an additional N1.4 million which was used for procurement of public address systems.

According to him, the south-east region gulped N40.4 million, while honorarium for different recruited persons cost N200,000 each.

Concluding his testimony, Metuh said a total of N421 million was expended on the supposed national assignment.

Abang adjourned the trial till June 10 and June 11.

Related Topics:OLISA METUH
Up Next

Ambode Formally Hands Over to Sanwo-Olu Ahead of Inauguration