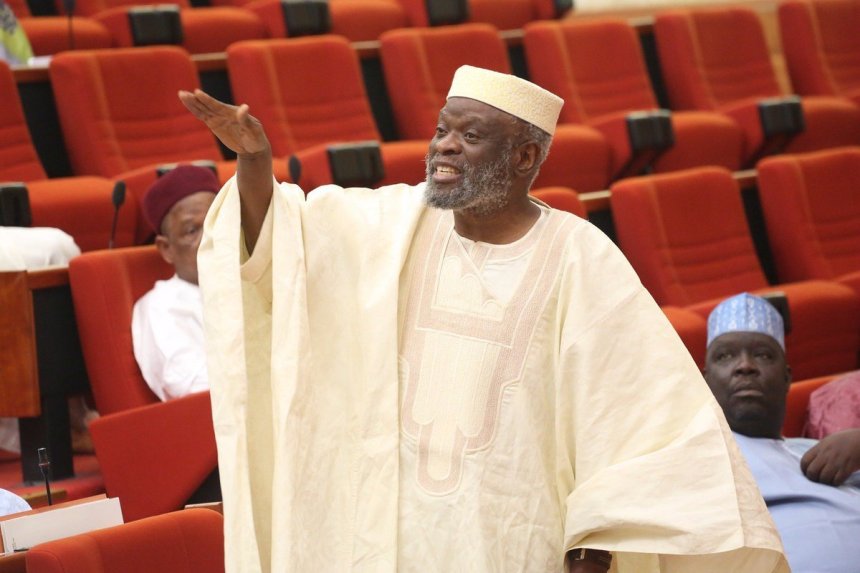 A lawmaker representing Osun central senatorial district, Olusola Adeyeye has revealed that senators earned as high as N20m as running cost until the 7th assembly presided over by David Mark, TOPNAIJA.NG reports.

Adeyeye disclosed this while reacting to the criticism of his stance that Nigeria’s constitution poes a problem for the country.

Adeyeye said he played a pivotal role in prevailing on David Mark, two-time senate president, to reduce the running cost of the lawmakers.

“Let me say that the running costs used to be very significantly higher than the current amount at a time when the naira fetched twice its current value of hard currency,” Adeyeye said.

“I dare say that I was a pivotal anchor of internal pressures that reduced the running costs from what was as high as 20 million naira per month. I had long discussions with Senator David Mark.

“To his credit, I did not need to talk much to convince him about the necessity to reduce the running costs. The knotty issues were the timing and magnitude of reduction.

“That Senator David Mark survived eight years as Senate President, despite stepwise reduction of running costs during his tenure, speaks volumes about his leadership skills and dexterity.

At plenary on Wednesday, Adeyeye told his colleagues that they do not “have the spine to face what we need to give this republic have peace and progress”.

He complained about an imbalance of items listed in the exclusive list compared to the concurrent list while canvassing for the creation of state police.

His statement sparked controversy, with many disagreeing with his stance.

In his reaction, the lawmaker said: “Nigeria’s problems emanate from a cabal of survivalist adventurers in power drawn from all ethnicities. Of the 20 years span of our Fourth Republic, southerners have held power for 14 years! Yet, pundits conveniently heap blames on Northerners and Fulanis as if Obasanjo and Jonathan are northerners.

“One sad aspect of the discourse on the maladies afflicting our Republic is the tendency to project northern states as parasitic on southern oil. But are Osun and Ekiti less parasitic than Kwara and Jigawa in terms of the proportion of their budgetary revenues that are derived from allocations from Abuja?

“If the abuse of State police is sufficient reason for disbanding it, perhaps we should long have disbanded the Nigeria Police for the same reason! Add to that the Nigerian Army, the EFCC and other monopolized instruments of coercion which Obasanjo used repeatedly to subvert elected governments of Anambra, Plateau, Ekiti and Oyo!

“Despite differences because of history and local situations, is it an accident that the vast majority of federalist constitutions across the world make provisions for local or provincial police? Aside from dispensing tyranny and perennial inefficiency, in what aspect of Nigerian life has our Republic benefitted from overbearing centralism?

“To say that all I have done has been to complain is quite disingenuous; it also is a clear pointer to selective recall. In my speech, I cited bringing a solution to the atmosphere of terror and crime which I inherited as Chairman of my Local Government. Was that not a valid example of bringing local ingenuity to solve a local problem?

“In any case, rather than metaphorically drawing daggers at each other’s throats over such matters, should we not expunge the names of the LGs from the Constitution and let each state create whatever suits its logic or lack of it?”

Related Topics:DAVID MARKOlusola Adeyeye
Up Next

How British tourist, Faye Mooney was shot dead in Kaduna