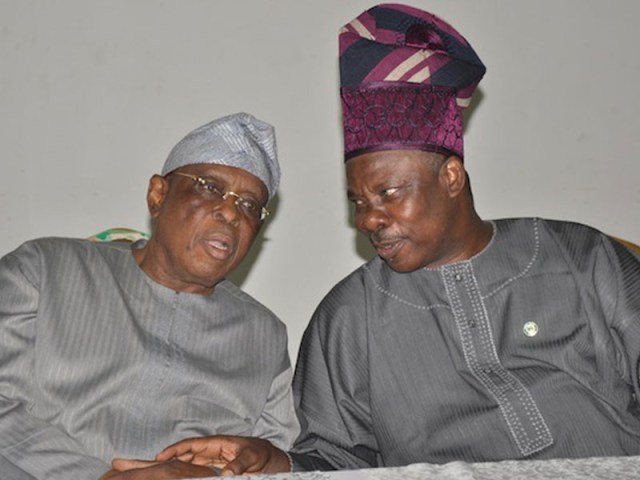 The outgoing governor of Ogun State, Ibikunle Amosun, on Tuesday boasted that a combination of the achievements of Gbenga Daniel and Olusegun Osoba as former governors of the state would not match his administration’s achievements.

Amosun said this on the sidelines of the inauguration of a housing scheme in Isheri, Ifo Local Government Area.

He said his administration’s projects were scattered across the three senatorial districts of the state.

The governor, however, admitted that he concentrated most of his projects in the Ogun Central district due to its status as the state capital.

He said, “I am not the first governor; particularly, let us talk about the last two.

“Let us leave all the military administrators and take Chief Osoba and Daniel.

“I have told people that I should not be punished for the ‘sin’ that is committed to make Abeokuta the capital of Ogun State. Abeokuta is for all of us.

“Ask them, people have come before me. People that say they have been governors of this state. If they say they were governors of everywhere, let them come and point to what they have done that is better than what we have done.”

Amosun said he was ready to speak and challenge his predecessors now that he was leaving office.

While saying posterity would judge everybody, the outgoing governor said he was at peace with himself and his creator.

He said those who had been describing him as the worst governor of the state were only envious of his achievements.

Related Topics:Ibikunle Amosun
Up Next

I have no new houses, shares – Buhari confirms as Presidency declares assets