How I came out as UNILAG best graduating student, says Alimi
Advertisement 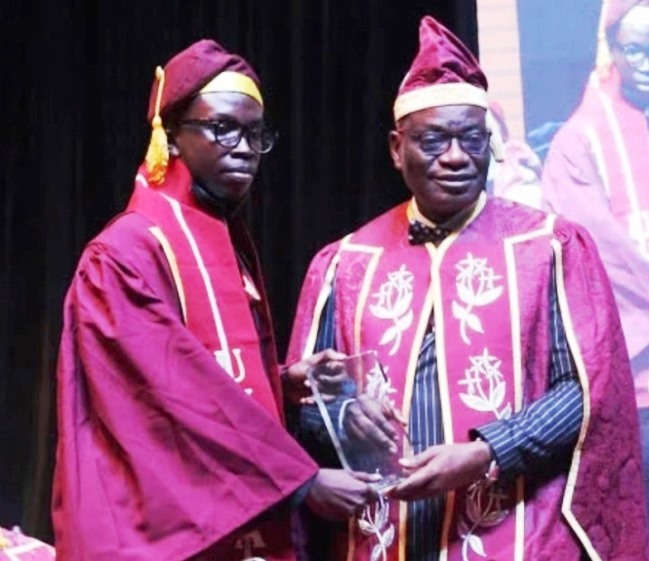 The University of Lagos (UNILAG) best graduating student for the 2018/2019 set, Ibrahim Adedeji Alimi, disclosed that assisting others to understand what was taught in class helped him to attain his success.

In an interview with Top Naija on Thursday, Alimi explained that he neither had a fixed timetable for reading nor visited the library of UNILAG frequently.

In accordance with the Mechanical Engineering graduate, he was also inspired by scholarships and endowment fund made available to first class students by the university authorities, Muslim Students’ Society and corporate establishments.

Alimi, who emerged as the best with Cumulative Gradient Point Average (CGPA) of 4.98 out of the possible five points, stated that he was dismissed from a social group for being inactive and missing meetings.

Subsequent to graduating with a near-perfect 4.98 CGPA, he said, “Nothing is too difficult to succeed at.”

“Then, my JAMB score was not as high as I would have expected. I had 205 in JAMB and getting admission into University of Lagos with 205 felt like impossible, but I still got the merit list because of my excellent performance in my post UTME.

“I had a good foundation, coupled with the fact that I believe that whatever is worth doing at all is worth doing well. It was not like I had it in mind to be the best graduating student from the start. I only wanted to finish with a very good grade; a first class.

“I attended a couple of orientations in my first year and that was where I learnt there was an endowment fund for students that made first class CGPA every year and it was N50,000.

“For a young boy like me, it was a lot of money and it was my motivation to do better. In my first semester, I took like 7 courses and because I prepared really hard, I had a 5.0 and also a 5.0 in second semester. I am a student that learns a lot in class so I took my classes very seriously.

“I am also not a fan of the library. In my entire years in the University, I visited the library only two or three times. I prefer to read in my room. Another thing that helped me was helping others. Helping my course mates understand what we’ve been taught was a motivation to read for me.

“I also engaged in some extracurricular activities, but when I noticed it was becoming too much, I decided to cut it off because I knew my primary aim in the University was my academics.”

He said that there were days that he woke up at 3am to catch up with 8am classes from Sango-Ota, without an assurance of getting home until 12 midnight; as he was not given a bed space on campus and had no relative in Lagos.

While speaking about his family background, Alimi said, “I won’t say I am from a rich home neither would I say we are poor. Let me just say we’re an average family. We’re not struggling, we’re fine. During my undergraduate studies, I also got scholarships so I could help out. My parents’ income was just sufficient for our needs.”