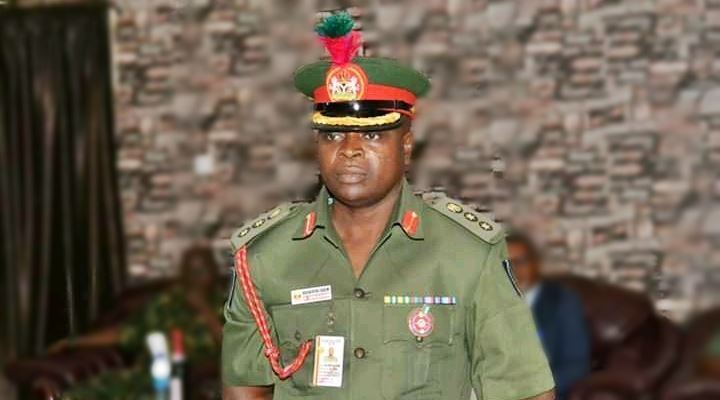 Checks by TheCable reveal Ibrahim’s posting was illegally done as the army does not have the power to appoint a director-general for the NYSC.

In fact, such power is exclusive of the president and commander-in-chief of Nigeria’s armed forces as provided for in the NYSC act, which is the scheme’s enabling act.

Further checks show that neither the 1999 constitution nor the armed forces act which “provides for the command, maintenance and administration of the Armed Forces of the Federation (including the Nigerian army)” empowers the army to make such posting or provides exception to the aforementioned provision of the NYSC act.

It could not be immediately confirmed if a NYSC DG has ever been posted to the scheme by the army but most recent postings were all from the presidency. For instance, in 2011, former President Goodluck Jonathan appointed Thompson Okorie-Affia as the scheme’s DG, and later in 2013, appointed Johnson Olawumi to replace him. The outgoing DG Kazaure was also appointed in that position by President Muhammadu Buhari in 2016.

Commenting on the development, Inibehe Effiong, a constitutional lawyer, told TheCable that it is only the president that is empowered to appoint the NYSC DG.

He added that even if the president had made the appointment “silently”, it is wrong for the army to announce the development.

“If it does not come from the president, the purported deployment is null and void and is unconstitutional,” he said.

“And even if the president decided to make the appointment silently, it is not for the army to announce an appointment made by the president. The NYSC is an independent parastatal and not an institution of the army.”

It is not clear why the army took the action but the president’s current absence in the country even raises more eyebrows over the development.

The army spokesman did not immediately respond to enquiries made by TheCable on why the action was taken.

Related Topics:nyscShuaibu Ibrahim
Up Next