How 75-year-old woman died of Coronavirus in Ekiti
Advertisement 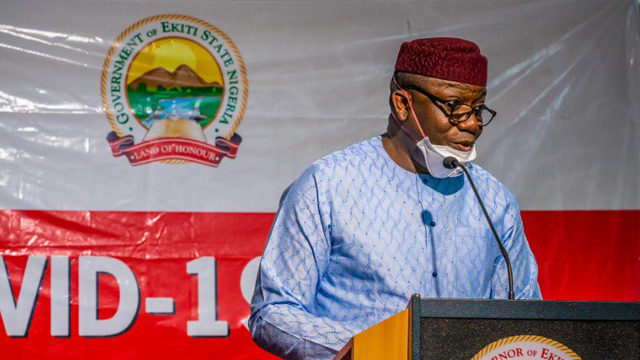 On Thursday, A 75-year-old woman was confirmed died of coronavirus-related complications by the Ekiti State Government, TopNaija reports.

With the new fatality, the number of COVID-19 deaths has increased to two in the state.

“We can confirm that one of the samples sent to the Nigeria Centre for Disease Control-accredited laboratory for testing returned positive of the #COVID-19 virus infection.

“The new positive case, a 75-year-old female, has died from complications of the virus,” it tweeted.