How 5 were killed in Ondo, Benue road accidents
Advertisement 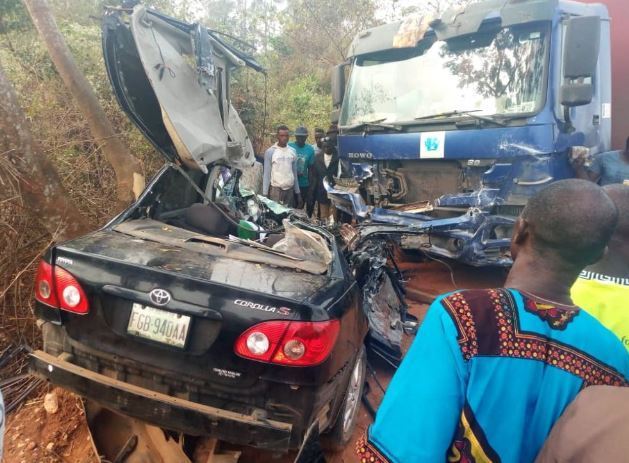 At least five people lost their lives in separate accidents in Ondo and Benue states on Saturday, February 20, 2021.

It was gathered that the Ondo crash occurred on the Akure-Ondo Expressway, Aponmu village, in the Akure South Local Government Area.

The accident was reportedly caused by wrongful overtaking.

Our correspondents gathered that two people were killed and six sustained various degrees of injury in the auto crash on Makurdi-Gboko road, Benue State.

The accident, according to a witness, happened a few meters from the NYSC camp at Wannune, in the Tarka Local Government Area of the state.

The lone accident, which involved a Toyota Picnic, occurred when the driver reportedly lost control of the vehicle after a burst tyre.

The witness said the vehicle veered off the road and hit a tree.

The Sector Commander of the FRSC in the state, Aliyu Baba, confirmed that two persons were killed and six injured.

Man gets electrocuted while plucking pawpaw in Lagos