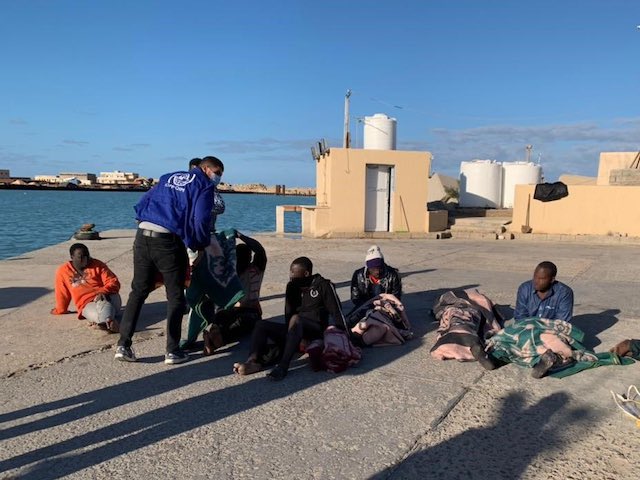 A Europe-bound migrant boat capsized in rough seas off the coast of Libya on Tuesday claiming the lives of at least 43 people, including Nigerians and Ghanaians.

The International Organisation for Migration (IOM) and the United Nations High Commissioner for Refugees (UNHCR) reported the shipwreck on Wednesday, the first this year.

The two agencies said that ten survivors have been rescued and brought to shore.

The boat, which embarked in the early hours of Tuesday from the city of Zawiya, reportedly capsized when its engine stopped just a few hours after departure, the IOM and UNHCR said in a statement released on Wednesday.

Survivors, mainly from Cote d’Ivoire, Nigeria, Ghana and Gambia, reported that those who had perished were all citizens of West Africa, the statement said.

The IOM and the UNHCR reiterated their call on the international community for an “urgent and measurable shift in the approach to the situation in the Mediterranean.”

“This includes ending returns to unsafe ports, establishing a safe and predictable disembarkation mechanism followed by a tangible show of solidarity from European states with countries receiving high numbers of arrivals,” their statement said.

Related Topics:Mediterranean sea
Up Next