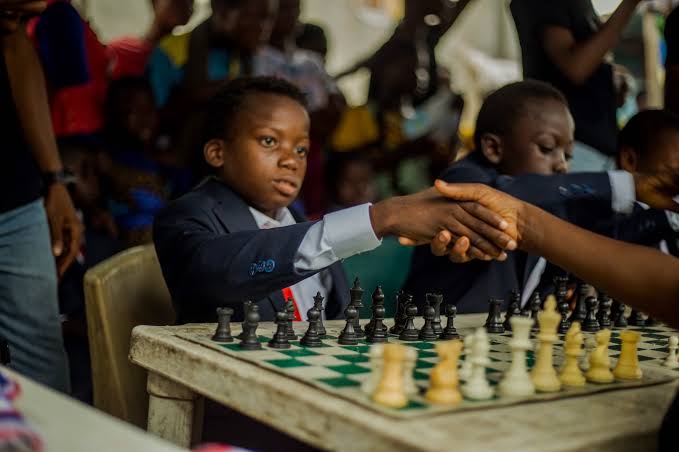 Tunde Onakoya is the founder of Chess in Slums Africa, an initiative that aims to empower young ones in impoverished communities by using the game of chess. Onakoya trained some young boys and a girl, who stayed under the Oshodi Bridge, to play chess.⁣

He had taken to Twitter to announce a laudable project and for the championship, he made new kaftans for them, cut their hair, and bought new black shoes for them.⁣

Onakoya says, “51 homeless children in one of the most dangerous ghettos in Nigeria showed up every day for our chess training…some of them are orphans and some ran from the villages.”⁣

⁣The winner of the chess competition and mental maths competition was Adeoye Fawaz, an 18-year-old bus conductor who, according to Onakoya, has lived all his life under the Oshodi Bridge.⁣

He also spent time mentoring the young boys who ‘confided in us about some of the terrible vices they have committed in the past’.⁣

⁣Onakoya tweeted that his group is in contact with rehabilitation homes and orphanages, and a fundraiser was set up to provide financial and educational support for these young people.⁣