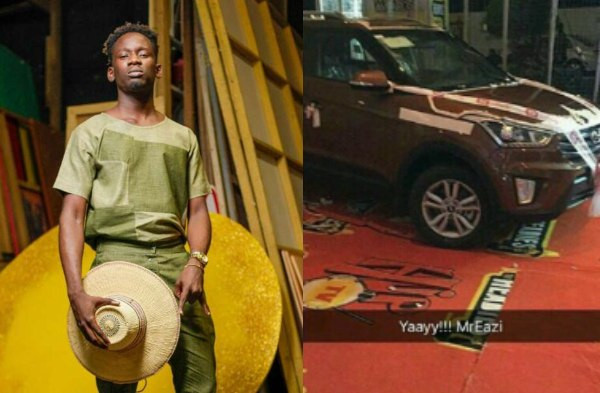 Mr Eazi has called out Hip TV over their failure to give him the car that came with his Next Rated Award win at The Headies in 2016.

Recall that the singer edged out Humblesmith, Aramide and Ycee to win the award in 2016. However three years after, it seems Mr Eazi is yet to receive his car gift from the organizers (Hip TV) of the Headies.

He took a swipe at Hip TV after they shared a photo of himself and his girlfriend Temi Otedola tweeted;

Hiptv is yet to respond to Mr Eazi’s claims and neither has the music star taken down the tweet. Mr Eazi won the ‘Next Rated’ awards back in 2016 at the ‘Headies.’