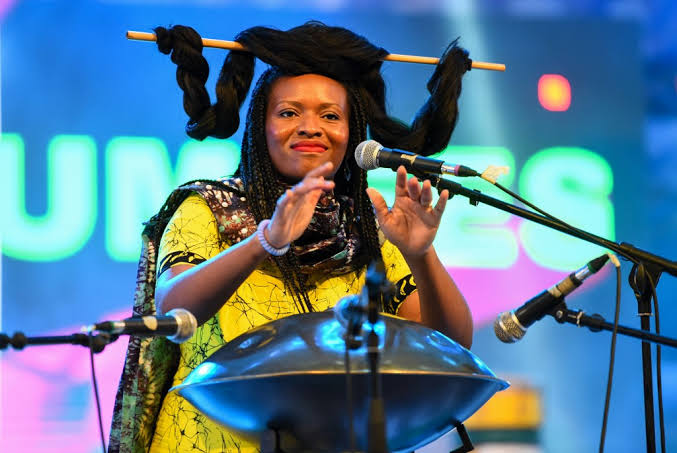 All you need to know about Helen Parker-Jayne Isibor popularly known as Jayne Isibor Let’s take a look at her Biography, Nationality, Career, Age, Net worth, Family.

EARLY LIFE
Helen Parker-Jayne Isibor was Born in Ibadan in the year (1981) in southwestern Nigeria. She was born into a family of five children, Epega is the daughter of a medical consultant and a storybook writer, both of whom parents were interested in music.

Isibor lived in Benin City until moving to London in the 1980s at the age of seven. After attending an all-girls convent school.

CAREER
Isibor began her career as a rapper then found her voice after becoming interested in politically aware singers such as Fela Kuti and Miriam Makeba. Isibor started getting really inspired to become a performer from dancing and singing competitions with her siblings. She then began music professionally when she was 11 years old as that was her first paid performance at her mother’s friend’s wedding.

When she was in Ibiza in 2007, she discovered the hang drum, which has since become her favourite instrument. Thanks to funding from Arts Council England Epega composed the world’s first Pidgin English opera Song Queen: A Pidgin Opera along traditional opera lines but while she kept the strings, she introduced traditional African instruments such as the kora and included talking drums, djembes And the hang for percussion. The version premiered at The Place in London in 2015 was an hour long but Epega has since developed an extension to bring it to an hour and a half or two hours. It has also been performed at the Artscape Theatre Centre in Cape Town, South Africa, and was performed in Lagos between 2016 and 2019.

Helen Parker-Jayne Isibor describes her genre of her music as Afro Folklore and considers it a reflection of herself and her experiences.

In 2008, she orchestrated the world’s first ever ‘hang flash gig’ at the Lovebox festival which was broadcast on Channel 4 and in the summer of 2012, she found herself playing percussion for Sir Paul McCartney which she says was a ‘huge and surprise blessing that came out of nowhere’

Epega is known as The Venus Bushfires, “a creative collective of one and many, and has explained the name by saying: “When I was in Benin City in 2008 visiting my grandmother, they’d burned the land. And I asked my mother why they did it and she said to clear the ground. Within weeks all the plants shot up really quickly and I realised when a bushfire occurs, it is a possibility for birth. I also used Venus because she’s the goddess of love and I’m an amateur astronomer, I love the stars. Together the name is a celebration of balance, of love, the earth, the sacred, the profane and mother nature. It’s a celebration of life.

Her most recent “2021” work is “Sounds of Us: A Sound Art Snapshot – Life, Love, Fear, Hope & Protest In The Time Of Pandemic Lockdown”.

FAMILY
In May 2015, Isibor married the EMC3 chairman and her manager, Baba Epega.

ACHIEVEMENT
She has performed with Sir Paul McCartney, Miley Cyrus and composed music for some of the world’s biggest brands such as Sony, Christian Dior, Disney and the BBC to name a few. She  also created music for the World Health Organisation’s international anti ebola-campaign, HRH Prince of Wales as well as films and television programmes.

She owns a fashion line called The Venus Bushfires which debuted in February 2013.

NET WORTH
Helen Parker-Jayne Isibor Net Worth is currently not available.