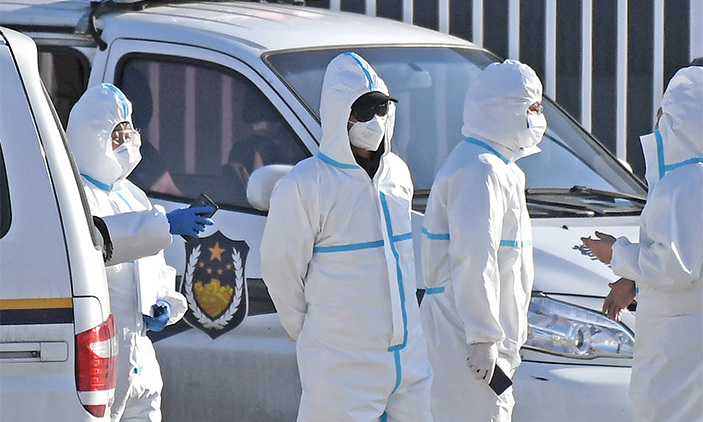 The level of fear and panic among medical workers at the Irrua Specialist Teaching Hospital, Edo State, is on the rise as two doctors tested positive for coronavirus on Thursday, TopNaija.ng reports.

It was gathered that the two affected doctors worked at the facility’s Pathology and Obstetrics and Gynecology departments.

A senior medical officer at the hospital, who spoke with one of our correspondents on condition of anonymity, said the two doctors were currently in isolation in their different homes.

The source said the doctors became infected after attending to two patients without protective gear and unknown to them that the patients were carriers of the virus.

ISTH is a World Health Organisation-recognised centre for Lassa fever research and treatment in Africa.

According to the source, the doctors began to exhibit the commonly known symptoms of COVlD-19 after attending to the patients. The tests ran on them however came out positive.

This came as the number of cases in the country rose to 214 on Saturday with five new cases recorded in Bauchi and the Federal Capital Territory.

Bauchi had three while the FCT had two. The number of deaths has risen to four while 25 persons have so far been discharged in Edo and Ekiti states.

Meanwhile, the source said, “The tests were well done. lrrua, as you know, has been at the forefront of combating Lassa fever and is equipped. Sadly, the tests were positive. The victims are resident doctors in their mid-thirties. One of the doctors met with one of the patients 10 days after returning from Lagos where he went to put finishing touches to overseas travel plans.