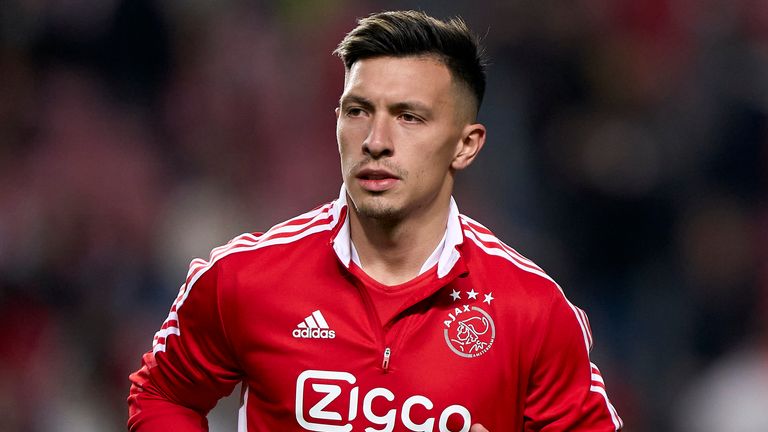 At a time Manchester United were criticized as not having a purpose due to their inactivity in the transfer window, now they very much stand in a position to win it all, as according to United legend, Rio Ferdinand, they now have a leader.

This comes after the Old Trafford club confirmed the signing of Argentine, Lisandro Martinez from Ajax.

In his analysis, the Manchester United legend described the player as a leader, and with the team lacking a vocal leader in the team’s set up, Ferdinand sees the player as a great addition.

The former centre back though had 2 few question marks surrounding the Argentine though as the 24 year old looks to join from Ajax in a £46million deal for a player who can play at least 3 different positions.

Martinez is set to sign a 5 year deal worth £120,000-a-week while reuniting with former boss, Erik ten Hag.

“The more I have looked into him and the vibes and the stories I am hearing and the mutterings from different people – it gets better,” Rio Ferdinand said on his YouTube channel FIVE.

“I listened to an interview with Jurrien Timber, the young player that United were looking to sign, the centre back Martinez played alongside at Ajax. He was basically saying, “when I am not on my game and a bit out of concentration, Martinez always shouts at me, he always swears at me in his language and gets me going.”

“I have been shouting about the character element for a long time and from what I am hearing from various people, Timber being one of them, is that he has the character, he’s a leader, he demands off other people and he’s somebody who wants to get physical and very aggressive but who can also play.

“If you are going to ask is there any question marks about him, I think it would be his height and his pace would be the only two.

“I think they will be a mix because he’s very comfortable at playing both positions,” Ferdinand added.