Harvey Weinstein found guilty of rape, faces up to 25 years in jail
Advertisement 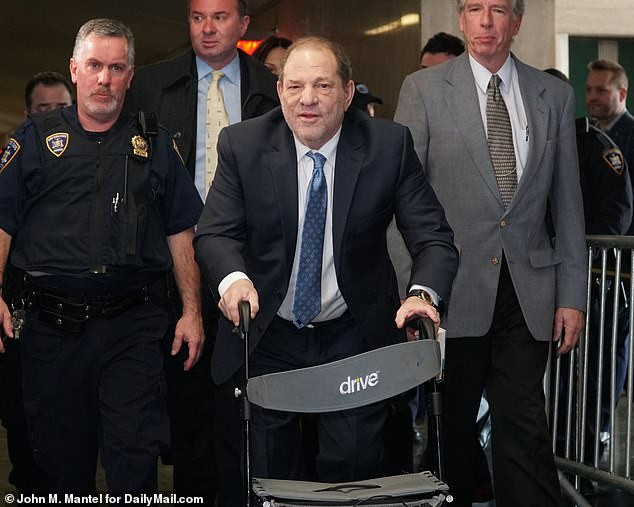 Hollywood TV Producer and filmmaker Harvey Weinstein has been found guilty of third degree rape and a criminal sexual act and now faces up to 25 years in prison.

Weinstein was convicted for sexually assaulting former production assistant Mimi Haleyi in 2006 and raping aspiring actress Jessica Mann in 2013 but acquitted of three serious charges of being a serial sexual predator which would have given him a life time imprisonment sentence.

The jury of of seven men and five women found Weinstein guilty of a criminal sex act in the first degree for forcing oral sex on former Project Runway production assistant Miriam Haley in 2006 and also convicted Weinstein of rape in the third degree about an incident of him raping an unamed woman in a New York hotel in 2013.

The count carries a minimum prison sentence of five years and a maximum of up to 25 years.

Weinstein did not make any facial reactions after the jury announced their verdict after five days of serious court deliberations in a stunning judgement set to ring bells around the entertainment industry.

Harvey was facing five charges in a Manhattan, New York court, and after being acquitted of the three more serious charges will be transported to jail immediately while he awaits his sentencing.

My blessings have tripled since you became my wife, Davido’s brother says as he loves on his wife