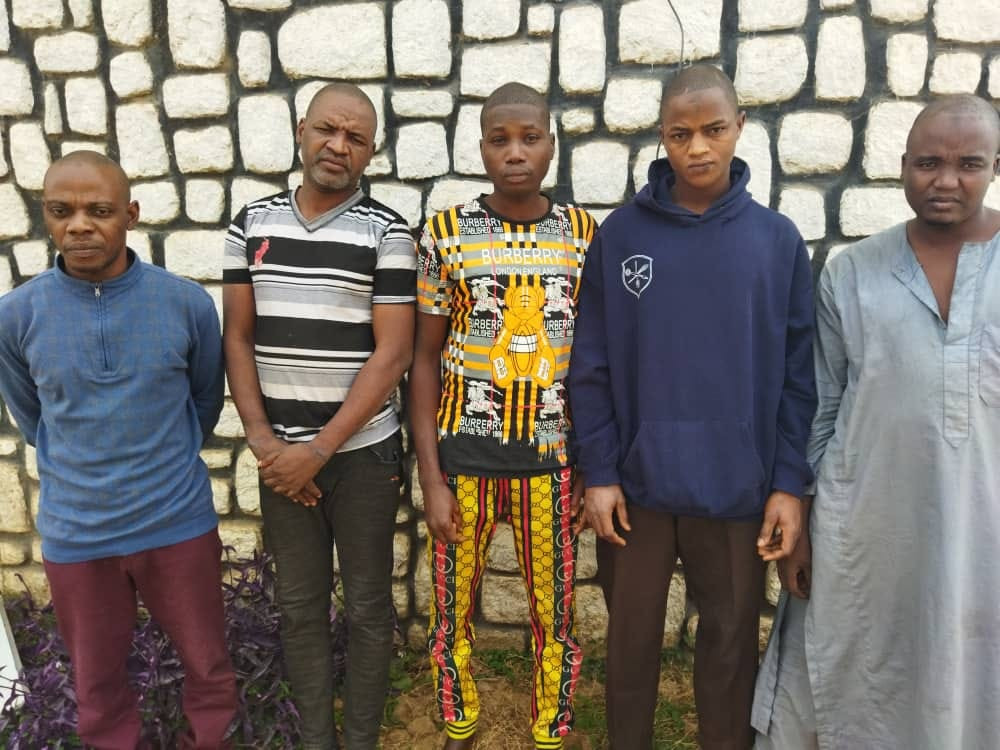 Police Command in Kaduna State has arrested some gunmen suspected to be kidnappers who allegedly killed their victim after collecting N5m ransom from his family.

Spokesperson of the command, ASP Mohammed Jalige, who disclosed this in a statement on Wednesday, February 24, said the kidnap syndicate had abducted one Alhaji Ahmadu, a Kaduna resident last December.

The suspects were said to have contacted the victim’s brother, who subsequently paid a total of N5 million to secure the release of Ahmadu. However, they went ahead and killed the victim after collecting the ransom.

“On 30th December 2020, the Kaduna Police Command was in receipt of a complaint through DPO Panbeguwa from one Abdullahi Salihu ‘M’ a resident of Panbeguwa village alleging that on the 9th December 2020 his elder brother one Alhaji Ahmadu ‘M’ of the same address traveled to Delta state and since then never returned. All efforts to reach him through his GSM number proved abortive,” Jalige said.

“The complainant further stated that on the 12th December 2020 he received a phone call via an anonymous number informing him that his aforesaid brother is in the custody of the caller and a demand of the sum of four Million (N4 million) naira as a ransom for his release was made. It is however disheartening that the said amount was paid but the abductors failed to release the victim and demanded an additional One million (N1 million) naira which the family obliged yet could not secure the freedom of the victim.

On receipt of the complaint, the Command immediately swung into action using the available intelligence, technical support and succeeded in arresting one Musa Adamu in Wase LGA of Plateau State in connection to the incident.

Upon interrogation, he made mention of his accomplices and equally confirmed that they have since killed the victim.

Using the available information from the first suspect in custody, police arrested four more suspects in connection with the kidnap and murder.

The aforementioned suspects confessed to have been involved in the kidnap and gruesome murder of Alhaji Ahmadu as well as other kidnapping incidences prior to the present one.

ASP Jalige said the investigation is currently ongoing and on completion, all the suspects will be charged to court. Meanwhile, concerted efforts are on high gear to apprehend the other four remaining suspects currently at large.

“In view of the above incident and considering the circumstance of time factor before it was reported to the police, the Command is calling on all well-meaning residents of Kaduna state to promptly report any suspicious disappearance of their loved ones and wards to the nearest police station for immediate action,” he added.