Pastor gets life imprisonment sentence for sodomizing pupils in Uganda

Man Dies Of Poison In Adamawa 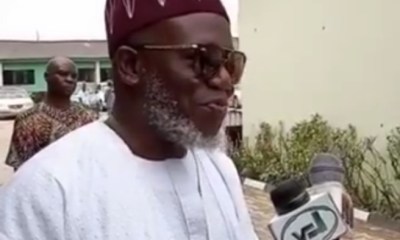 
Olamilekan Ogunnuga, Coordinator of the National Youth Council of Nigeria (NYCN) in Odogbolu Local Government Area of Ogun State, has been kidnapped.

Ogunnuga was reportedly kidnapped on his way from Ibadan, along the Ogere axis on Thursday.

Some unknown gunmen were said to have accosted Ogunnuga’s car when he was driving himself from the Oyo State capital.

The youth leader’s car had been abandoned by the roadside as the kidnappers dragged him away into the forest.

The State Chairman of the NYCN, Abduljabar Ayelaagbe, confirmed the incident to Journalists on Sunday.

According to him, the kidnappers were currently demanding a ransom of N30 million before Ogunnuga could be released.

Ayelaagbe told our correspondent that the victim’s car was later recovered from an unknown person, who was said to be driving it along Ogijo.

“Our coordinator at Odogbolu Local Government was kidnapped about two or three days around Ogere in Ogun State. He went to Ibadan, but on his return, he was abducted by the kidnappers.

“That night when he was abducted, we learnt that his car was abandoned by the roadside. On Friday evening, we got information from the police that the car was intercepted while being driven by a man at Ogijo.

“The man driving the car said he saw the kidnappers when they were taking away Ogunnuga, adding that he decided to take the car away after the kidnapping operation. That one has been arrested, according to the police.

“We were told that the kidnappers have contacted his family and they are demanding a ransom of N30million to secure Ogunnuga’s release,” Ayelaagbe said.

The NYCN Chairman appealed to the police and other security agencies in the state to rescue the abductee unhurt.

Contacted, the Ogun Police Public Relations Officer, Abimbola Oyeyemi, said he would get back to our correspondent.