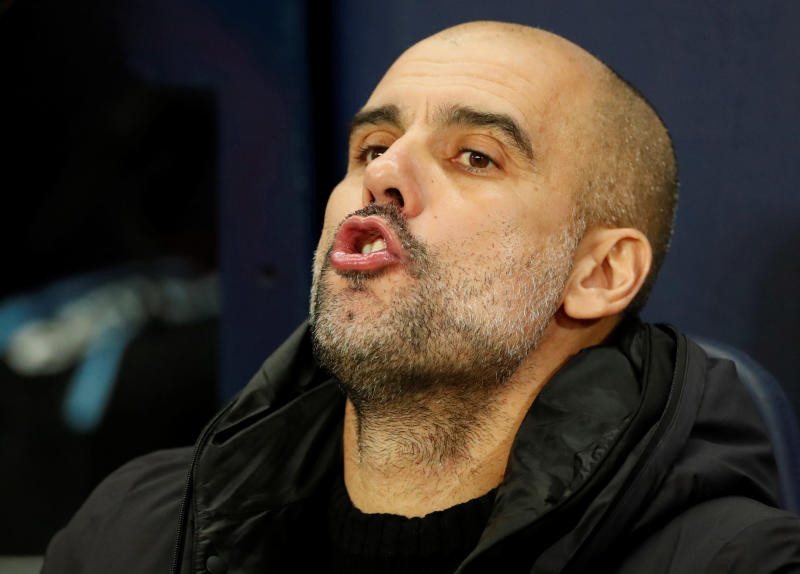 It’s a funny one, but obviously, the Spaniard doesn’t see it that way as he expressed his sympathy to Patrick Vieira after been mobbed by Everton fans in Palace’s defeat at Goodison to relegation threatened Everton.

Pep Guardiola gave his backing to Patrick Vieira’s reaction, after he kicked out at an Everton fan who came right at him, barking profane words at the Palace Manager during the pitch invasion last night.

The Manchester City boss in his statement, understood why the Palace boss reacted the way he did as supporters flooded into the pitch after their 3-2 comeback win at Goodison Park that ensured their Premier League safety.

In his response, Guardiola promptly urged City fans to celebrate in the right way if the team clinches the Premier League title by beating Aston Villa in the final day of the season.

The Vieira incident wasn’t the only one that happened in the week as it came at the back of Nottingham Forest’s win against Sheffield United, where a fan is said to have been jailed for head-butting Sheffield United’s Billy Sharp.

“It’s dangerous what happened yesterday, I understand Patrick, you never know how people will react.” The City boss said.

“The images … you have to be careful, at Goodison Park and Port Vale and other games. Lots of emotions, happiness, some alcohol, it’s dangerous. We have to try to behave as good as possible, celebrate in the right way in the right moment.” The Manager added.