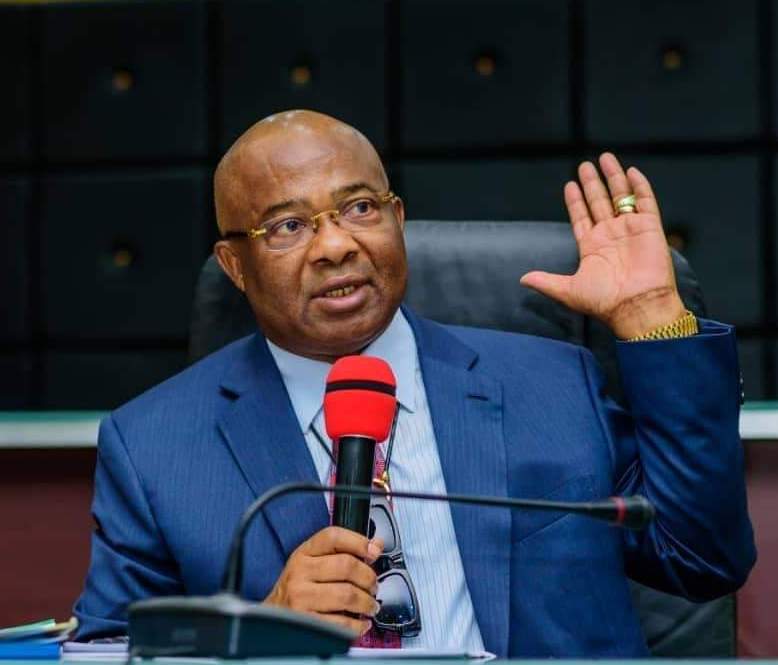 On Saturday, Governor Hope Uzodinma of Imo State announced that 18 suspects arrested by security agencies have given dependable evidence on the names of those sponsoring insecurity in the state, Top Naija reports.

The governor who made the disclosure while addressing elected officials of the All Progressives Congress, APC, in the state, also revealed that the names of the sponsors will be revealed on 3 January 2022.

Governor Uzodinma said the names will be made public during his first Imo stakeholders meeting in January 2022, stressing that the masterminds will be made to face the full wrath of the law no matter how highly placed.

He expressed optimism that the ruling party would continue to dominate others in the state, stressing that all APC’s saboteurs would be put to shame.

“My government is ready to do all within its powers to ensure that Imo State remains safe and that anyone working to destabilise the system or encouraging criminality, no matter how highly placed, would be made to face the full wrath of the law.”

“Let me say these, two councillors were recently murdered and that those who killed them have been arrested by security agencies and they have owned up to the crime.

“18 suspects are now in custody in connection with different dimensions of crimes against the people of the state and they have also given dependable evidence about those sponsoring them. The sponsors will be made known to Imo State stakeholders by January 3, 2022.

“Don’t be intimidated. So long as I remain the Governor of this state, they will face the law. We have clear evidence of those who are behind the insecurity based on information from the suspects.

“And I assure you that by January 3, 2022, when I will hold Imo stakeholders meeting I will reel out their names one after the other with the evidence of their roles.”

Meanwhile, Uzodinma, on Friday presented a budget of N381 billion for 2022 to the Imo House of Assembly for approval.

The governor said the objective of the budget was to “satisfy the desires of the people” by promoting sustainable economic development in the state.

He added that it was also aimed at putting the wellbeing of the people at the centre of governance through massive reconstruction of dilapidated infrastructures.

Mr Uzodinma further said that this would be achieved by adopting a participatory governance through open budget process, human capital development and grassroots development, among others.

The governor commended the House for its solidarity to his administration and pledged to vigorously pursue the implementation of policies, programmes and projects captured in the budget.

The Speaker of the House, Kennedy Ibeh, assured that the budget would be passed in good time to enable Mr Uzodinma “continue his good works in 2022”.

On 11 November 2018, Uzodinma was allegedly arrested by a special investigation panel for the failure of one of his companies to execute a US$12 million contract for the dredging of Calabar channel. Uzodinma later denied ever being arrested, saying it was an attempt to stop his campaign for governor.

Related Topics:Hope Uzodimma
Up Next