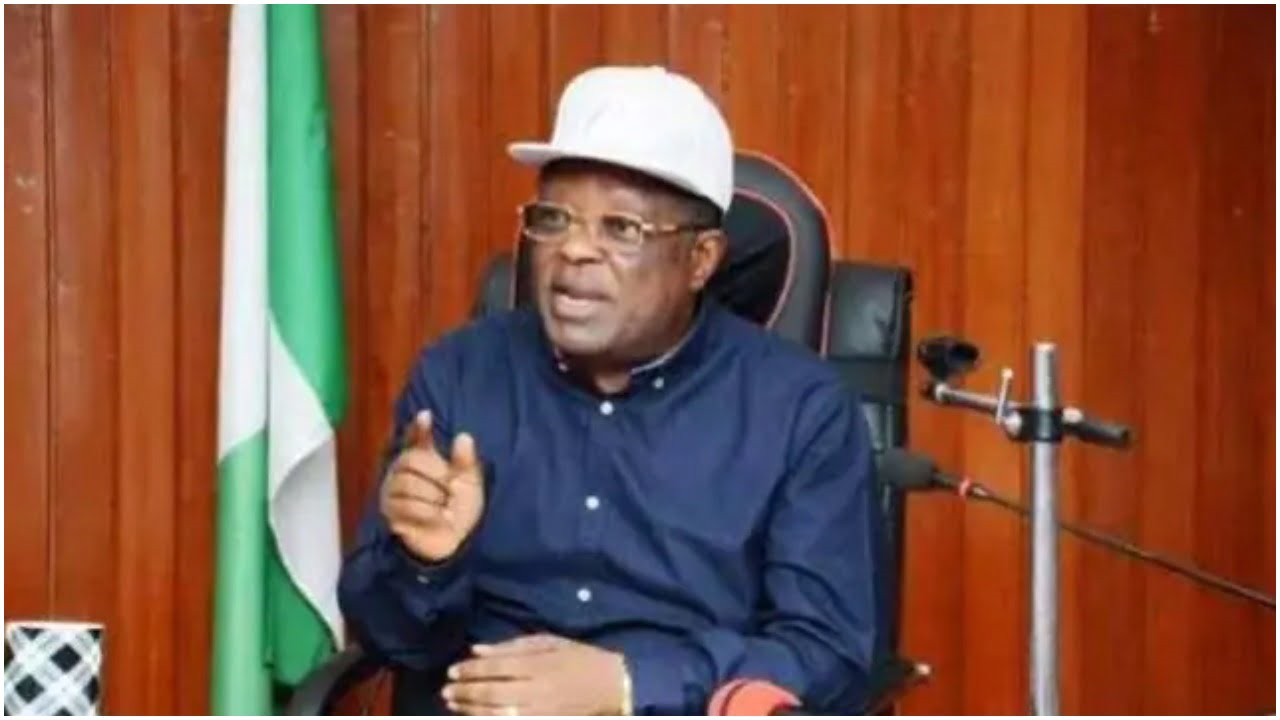 The terror attacks, the killings in the South East of Nigeria have currently become something of a panic for Nigerians and indigenes of the South East specifically, with theories rounding up the open space of it being some agenda against the Easterners by foreign individuals.

But Ebonyi State Governor, Dave Umahi has come on air to debunk such claims, arguing that the killings in the South Eastern part of Nigeria are being perpetrated by indigenes rather than the outsiders.

The Governor alleged that the attacks on strategic infrastructure, the killing of innocent people and security agents, were carried out instead, by youths of the region.

While speaking with Channels Television on its program, Sunday Politics, Mr. Umahi recalled how he adopted a bottom-top approach to find solutions to insecurity in Ebonyi.

He stated that his administration has had to engage traditional rulers, the political class and the bandits.

“We engaged with some of the bandits, we made contacts with some of them. We had to say, what is your problem? If it is infrastructure, we have done that, if it is jobs creation, we have addressed that through direct labor.” He said.

“The bandits are angry about lack of what to do, and we said to them that if your only trouble is that you didn’t have formal education, there is no job for you to do, we put them together and said, if you will stop attacks on our strategic infrastructure, killing of our people and attack on security agencies, we can rehabilitate you. So, we have rehabilitated a number of them. We even have to move from State to State, especially in the South-East and said, ‘if you don’t have means of livelihood in those states, please come back home. We’ll be able to engage you.’”

While addressing the perceived tribe of the assailants in the East, the Governor had to clarify on the issue of tribe and criminality, adding:

“What I call bandits are people that engage in violence; and they are our people, South-East people, the youths, some of them are in this category. So, when people say insecurity in the South-East is being imported, I do not buy that. Because I am a Governor, I do security reports. We have arrested a number of these people, and it should be that they are about five or 14 per-cent of those outside the South-East. If we have 90 per cent of our youths engaging in these things, you cannot say the South-East is being infiltrated.”

Ending the interview, Umahi promised that it takes a resolute approach to tackle the tension in the region, one he feels he has the capacity to if elected into the position of President.