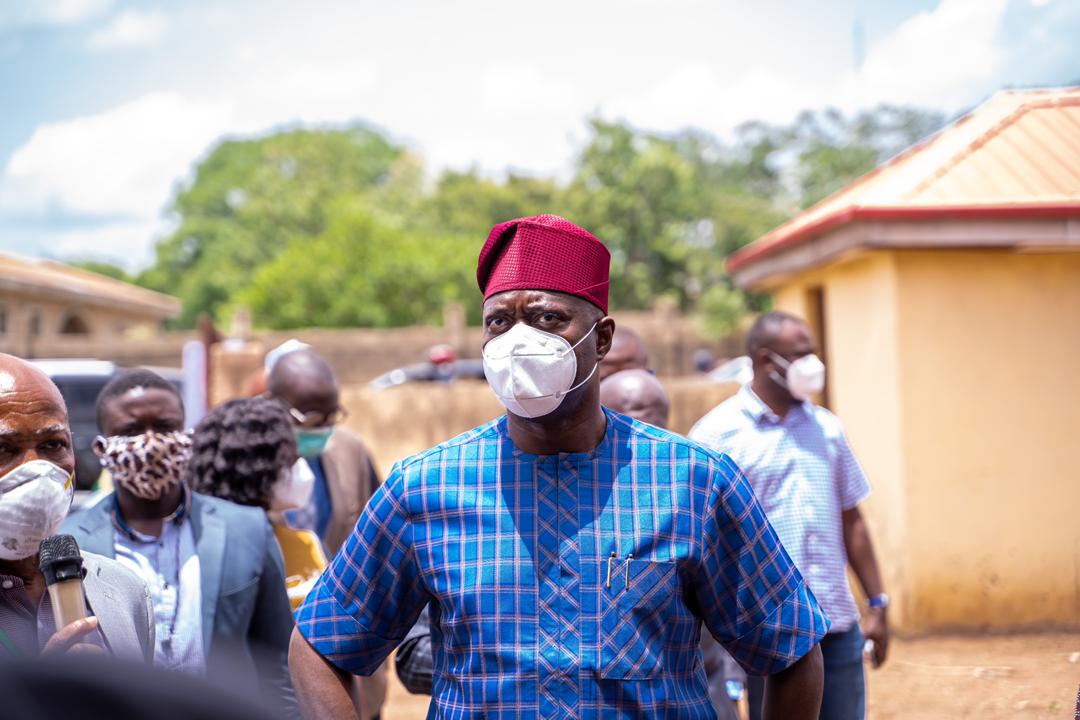 On Saturday evening, the ongoing drama rocking Oyo state chapter of the Peoples Democratic Party (PDP) witnessed a surge as the governor of the state, Seyi Makinde, left the official WhatsApp platform of the party, in anger.

Makinde left the group around 10 pm on Saturday after the Publicity Secretary of the party, Akeem Olatunji, demanded an explanation over a viral video.

Olatunji had earlier posted a video of an attack by suspected Fulani herdsmen on the people of Ayete, headquarters of Ibarapa North Local Government Area of the state on the WhatsApp group.

“This video has gone viral but the authority needs to confirm the claim. It’s very urgent to address the message.” Olatunji commented on the video.

Reacting to the statement made by Olatunji, Makinde at exactly 10:07 pm, said, “Every time some idiots makes (sic) a video, the government must respond… I don’t get it really… you need mature people to make meaningful contributions on your platform.”

The governor also went on to react to another story regarding allegations of violence at the ongoing All Progressives Congress (APC) membership revalidation/registration. Olatunji had also said, “Several injured as APC members fight over registration in Oyo State.”

Governor Makinde asked; “What is the relevance of this on the PDP official platform?” He then exited the platform. His exit was followed by comments by other participants in the group, with some saying they were disappointed that the governor could be so intolerant.

“I’m highly disappointed sir, we don’t expect this from you. Leaders who are low on accommodating may have trouble building up goodwill with other people,” Hon Samuel Okunlade, Chairmen of Orelope Local Government Area, Igboho, said.

But Kunle Yusuf, Special Adviser to the Governor on Sustainable Development Goals, tackled Okunlade, saying, “Please let us stay clear from the issue, we should be careful with the information we share on this loop.”

One Gbade Adediran however took Kunle Yusuf up, telling him that it is important to speak the truth to power and that people on the platform should act maturely.

He said; “I agreed (sic) with you, but sometimes we need to say the truth, we only need mature people on this platform, we need to respect ourselves, Ajurawalo ti ijakadi ko.”

However, The Chief Press Secretary to Gov. Seyi Makinde of Oyo State, Mr. Taiwo Adisa, on Sunday, warned against false security alarms in the form of fake audio and video posts on social media in the state.

Adisa, in a statement issued in Ibadan, warned the citizens against raising false alarms on the security situation in Ibarapaland and parts of the Oke-Ogun zone.

He equally warned purveyors of fake information to desist from such act so as not to plunge the state into crisis, stating that the after-effects of fake videos, false alarms and fake news could be disastrous.

The governor’s spokesman posited that the penchant of certain individuals, groups and faceless bodies for taking to social media and raise unfounded alarm to cause panic among the people of the state had become a cause for concern to the government.

He added that some unscrupulous elements seeking to cause crisis in the state through false social media audio and video releases as well as sponsor fake news in a section of the media were behind the plot.

Adisa warned that security agencies would deal with anyone seeking to cause ethnic tension, urging residents of the state to ignore such contents.

He noted that some viral social media video and audio messages in which false and inciting claims were made about Ayete, Igangan and other parts of the state had been on the rise in recent weeks.

Adisa said that some of such unfounded posts included the claim that Amotekun Corps killed some Fulani herdsmen, which amounted to a hoax and that imaginary 200 houses were razed by hoodlums in Labiran, Ibadan, which was denied by the police.

He also mentioned the claim that the insecurity situation in Ibarapa had escalated, saying that this was an outright falsehood.

The governor’s spokesman said that the Department of State Services (DSS) had recently released an intelligence report that some people were planning to cause religious and ethnic crises in Oyo and some other states.

“Our attention has been drawn to a grand plot to precipitate unrest in Oyo State through the use of fake news in the social media.

“This plot seeks to promote false alarms, misinformation and sponsored fake news through audio, video and Facebook messages and it is with a view to making the state ungovernable. “As a government, the contents of some of these audio and video releases have been investigated and mostly found to be outright falsehood, baseless claims and products of hate speech, targetted only at discrediting government and inciting people.

“The Makinde-led administration has risen to the occasion on the issue of insecurity and we are already winning the war against criminality, with several measures rolled out to tackle kidnapping and banditry in Ibarapa and some parts of Oke-Ogun.

“Efforts have also been made to tame the violent gang wars in Ibadan.

“However, our admonition goes to members of the public across the state not to panic; do not succumb to the sponsored falsehood, as the state government is working assiduously to arrest the insecurity situation.

“Similarly, though the governor has made it clear that anyone, who sees something, should say something to the government, members of the public should ensure they are giving truthful and factual information.

“This has become necessary so that security agents will not be embarking on a wild goose chase, based on wrong information,” he said.