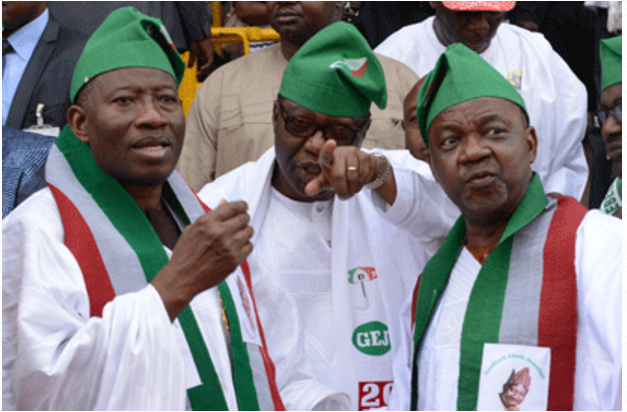 Former Governor of Ogun State, Otunba Gbenga Daniel has accused ex-President Goodluck Jonathan of failing to use his power as then President to move Nigeria forward.

Daniel asserted that Jonathan’s failure arose from the fact that he was trying to be “nice.”

He claimed that Jonathan’s failure could also be seen in his lopsided appointments.

Daniel alleged that Jonathan was “narrow minded” in the way he put his government together.

The former Ogun governor also accused Jonathan of using the Economic and Financial Crimes Commission, EFCC, to persecute him, despite many seeing them as friends.

Speaking with Vanguard, Daniel said, “Here was a man people believed was my friend because I worked hard for him only to receive the short end of the stick via EFCC et al, but let’s not judge him with personal issues, as we all knew he was under tremendous pressure to punish Daniel for his stubbornness from high quarters.

“It’s common knowledge that this was what the EFCC ‘prosecution’ was all about.

“The fact of the case is that it does appear that one of the accusations against him was the fact that he was narrow-minded in the way he put his government together.

“No! That is not an accusation. That is a perception that is as good as reality because the records are there?

“Okay, let us call it perception and people came out with statistics of how he has populated the government with people from a particular ethnic group and he was seen as being unfair to the people of the South West.

“In addition, people also perceived that for Jonathan, in trying to be nice, he failed to use power when he could use it to move the country forward.

“A lot of lapses became noticeable – yes, there may have been challenges. Nigerians are not interested in challenges because once they’ve elected you to do a job, they expect to see the results.

“The reality, again, is that things didn’t happen the way they were supposed to happen and that is just it.

“The lopsided nature of his appointments too, none of them could beat Obasanjo.”