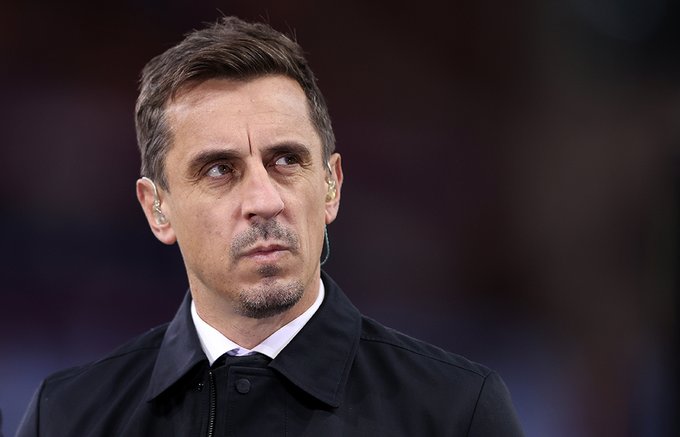 Gary Neville is one pundit and ex-professional footballer whose name aside Cristiano Ronaldo’s that has seen more headlines and criticisms lately, most in part for his involvement with Qatar owned media platform, beIN Sports in a highly controversial and criticized world cup.

For the former Manchester United defender, he wasn’t ready to be dragged down without at least defending his actions and pointing out the political hypocrisy the media world converges under to scrutinize him.

In response to those who criticized him for working with the Qatari network beIN Sports during the 2022 Qatar World Cup, Gary Neville fires back with his own statement.

The former England international asserted that former players had been unfairly singled out by the public.

“I don’t feel conflicted. I’ve been coming over to the Middle East for 20 years and to South East Asia. I’ve had business and commercial relationships with these parts for a long, long time. The fact FIFA has awarded a World Cup has come under intense scrutiny, and I accept that position. I’m there to be shot at and people have criticized me heavily.

“People have criticised our colleagues on the BBC for coming over here but the reality of it is, my view on it quite simply is I detest human rights abuses, I hate the idea of not paying people enough money, people working in poor conditions, the idea of people not having good living conditions.

“I’m happy for football to front that up. If Prince William doesn’t want to come to this tournament but he’s okay with his father taking charitable donations – that’s fine. If the political MPs don’t want to come over but are happy to take money from them in our country for their political parties, that’s fine with me.”

“I will continue coming to this part of the world and continue to keep going to South East Asia. Things like our energy sector, our airforce, our banks, and our political parties, they seem to want to shy away from their relationships with this part of the world, but football will get scrutiny and be the one penalised.

“I, personally, have been hammered over the last couple of weeks and that’s fine but I’m happy to stand up and debate it because I think there’s a serious conversation to be had about where competitions should be held. I believe they should be held in the Middle East.”

The Qatar world cup is one affair the western world isn’t all too pleased with owing to on their part, justified reasons of the State of Qatar being an autocratic state with little regard over human rights, particularly gay rights which the European world tried to campaign against using Sports.

However the Qatari on the other hand have fought hard to maintain the integrity of its culture and principles, hitting out at the outside world’s insistence on softening its approach.