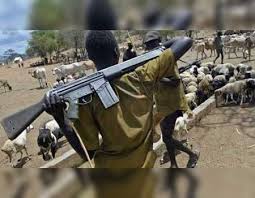 The Officer-in-Charge of the Special Anti-Robbery Squad, SARS, Saki Unit in Oyo State Police Command, has been killed by Fulani herdsmen.

Nigerian Tribune reports that the SARS boss, an Assistant Superintendent of Police, ASP, was killed on Tuesday night.

He was said to have been macheted to death by the Fulani herdsmen during an operation in a forest on the Saki-Ogbooro Road in Oke-Ogun area of the state.

The newspaper said police authorities in the state have confirmed the killing.

Related Topics:Fulani herdsmen
Up Next