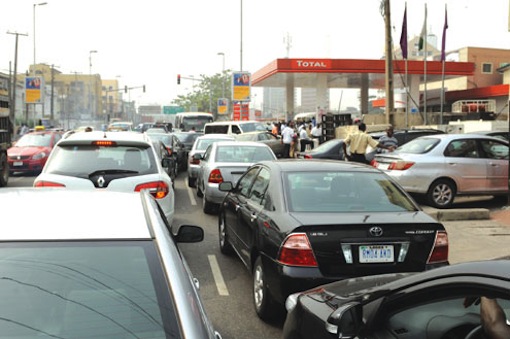 Alhaji Tokunbo Korodo, immediate past Chairman, Nigeria Union of Petroleum and Natural Gas Workers (NUPENG), has urged the NNPC to increase the supply of petrol to depots to cushion the effect of fuel scarcity Nigerians are going through presently.

Korodo, who made the call in Lagos, said that most of the depots in Lagos are dried up.

According to him, out of over 75 depots in Lagos, only four or five are being used by NNPC to distribute to filling stations nationwide.

“Most of these depots are located at Apapa and petroleum tankers spend close to two weeks on queue along Ijora Orile roads before accessing the tank farms.

“The two NNPC depots in Ejigbo, Lagos and Mosinmi in Ogun hardly have any supply. Most of the loading are going to NNPC Retail outlet.

“If it is true that the corporation has increased the supply from 30 million to 80 million litres per day as claimed by NNPC where is the petroleum and why do motorists still queue in filling stations for a longer period?

“At present, there little or nothing in most private depots in Apapa and NNPC as the major supplier of the product should urgently increase the supply to depots,” he said.

Korodo attributed the present scarcity to the refusal of major oil marketers to import petroleum due to the landing cost of petrol which had increased to N170 per litre as a result of the increase in crude oil price.

The scarcity of petrol had brought hardship on many Nigerians as many cannot travel to celebrate the yuletide with their family in different villages.

Many filling stations have increased the pump price of petrol to N250 per litre while the black market are selling five litres of petrol between N2,500 and N3,000.

Transport fare in Lagos metropolis has also increased by 300 percent.