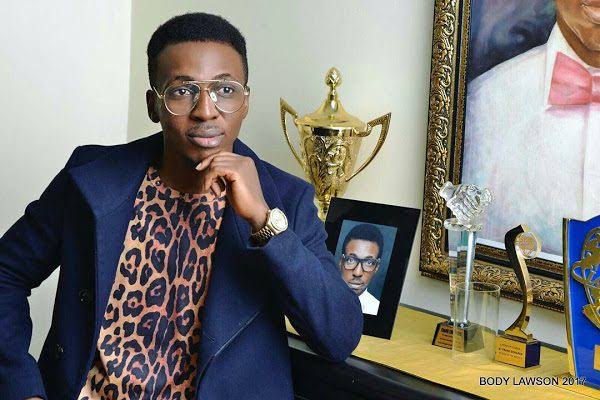 All you need to know about Frank Ugochukwu Edward popularly known as Frank Edwards Let’s take a look at his Biography, Nationality, Career, Age, Net worth, Family.

Frank Edwards is a Nigerian Contemporary Gospel singer and songwriter from Enugu State. He is the founder and owner of the record label Rocktown Records.

EARLY LIFE
Frank Ugochukwu Edwards was born in the year 1989, 22nd of July, Enugu state of Nigeria. He was born into a family of seven, but has five siblings. He and his siblings had to assist their mother after school to cook and hawk Opka (a popular Igbo dish) in the streets of Enugu.

People also knows him as “FrankRichboy”. He currently lives in Lagos, Nigeria.

EDUCATION
The gospel singer was schooled in Enugu state, where he grew up. Unfortunately, details of the school(s) he attended and educational qualification is not obtainable at the moment.

CAREER
He began singing at the age of ten. He learned to play the piano from his father when he was young. In his teenage years, he became a born again Christian. He has six albums and many hit singles to his name. He has established himself as one of the best leading gospel artiste in Nigeria.

Mr. Edwards is a producer and plays several musical instruments. He is a notable keyboardist and a member of the Presidential band of Pastor Chris Oyakhilome of Christ Embassy Church.

His debut album The Definition was released in 2008. It was a 14-track album and was distributed by Honesty Music.[2] His second album Angels on the Runway was released in 2010, and his third album Unlimited was released in 2011. Tagjam was released in November 2011.In 2013 he appeared in the live performance of Sinach’s “I know who I am” video. He is known for his high pitched voice. Besides being an artist with many songs that cover a variety of musical genres, he is also a music producer and a master mixer. As a result, Rocktown Records, which he owns, has a generation of upcoming talents including Gil Joe, King BAS, Divine, Nkay, Soltune, David and others.

In 2016, he collaborated with famous American gospel artiste, Don Moen on an album “Grace” His Album was produced in 2016Frankincense.

In 2018, he released an album for the Body of Christ titled “Spiritual Music Season” which includes songs like “Miyeruwe” (I Praise your Name), “You are Good”, “Who dey run things” & “Praise Your Name”. Still in 2018, he has collaborated with Nathaniel Bassey (Thy Will Be Done) and Jeanine Zoe (I’m in Love with You).

He is the founder and owner of the record label Rocktown Records, which is home to recording artists such as Edwards himself, Gil, Divine, King BAS, Nkay, David, Dudu and Micah Heavens, among others.

FAMILY
Frank Ugochukwu Edwards who was born into a Christain family of seven, has five siblings whose identities are unknown to the media.

Frank Edwards as he is popularly known, is rumoured to be in a romantic relationship with the first daughter, Sharon Oyakhilome. When he went to abroad for a show, he was been spotted with Sharon on different occasions.

ACHIEVEMENT
In May 2011 he was nominated as the Gospel artiste of the year in the sixth annual Nigeria Entertainment Awards (NEA). Alongside He won the award of the best Gospel Rock artiste in the first annual awards.

He also won west Africa best male vocalist in 2012— best hit single at the love world awards 2012— and 3 awards at the Nigeria gospel music awards (male artiste of the year,song of the year and best male vocal).

His latest album, Frankincense which feat Micah Stampley and Nathaniel Bassey got everyone wowed when it topped Beyonce’s and Adele’s albums within few hours of release on iTunes album chart.

NET WORTH
Frank Edwards who is a contemporary Nigerian gospel singer has earned a lot of money through his career.