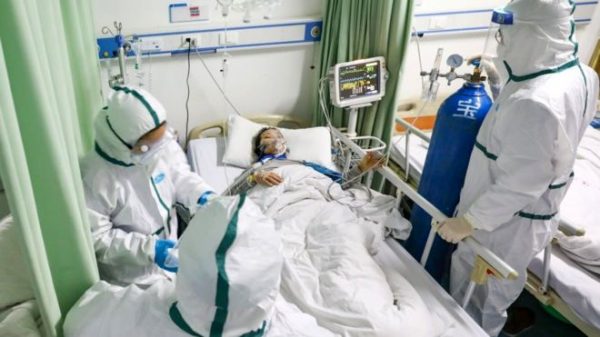 An 80-year old man has died from the coronavirus disease in Paris, France, making it the first recorded death from the disease outside Asia.

China recorded the first case of the disease in December.

Only three deaths had previously been reported outside mainland China–in Hong Kong, the Philippines and Japan, while France has 11 confirmed cases of the disease, officially named Covid-19.

Agnes Buzyn, French health minister, said the man was a tourist from Hubei province, in China, the epicentre of the virus.

Buzyn said the deceased, who she did not disclose his name, arrived the country on January 16 and has been hospitalised at Bichat-Claude Bernard Hospital since January 25.

According to her, his condition “deteriorated rapidly” and he died of a “pulmonary infection with Coronavirus” on Saturday morning.

She added that however, the man’s daughter who also tested positive to the disease and was being treated, had recovered and would soon be discharged.

Labour MPs Alex Sobel and Lilian Greenwood have self-exiled and are being tested for the virus after they were exposed to an infected person at the UK Bus Summit in Westminster on February 6.

Futhermore, Facebook has canceled its upcoming global marketing conference out of caution for the coronavirus outbreak. The conference was set to take place in March at San Francisco’s Moscone Center, and 4,000 people were expected to attend.

“Our priority is the health and safety of our teams, so out of an abundance of caution, we cancelled our Global Marketing Summit due to evolving public health risks related to coronavirus,” said a Facebook spokesperson in a statement.

On Friday, the first case of coronavirus in Africa was recorded in Egypt.

How hit-and-run driver killed one in Anambra