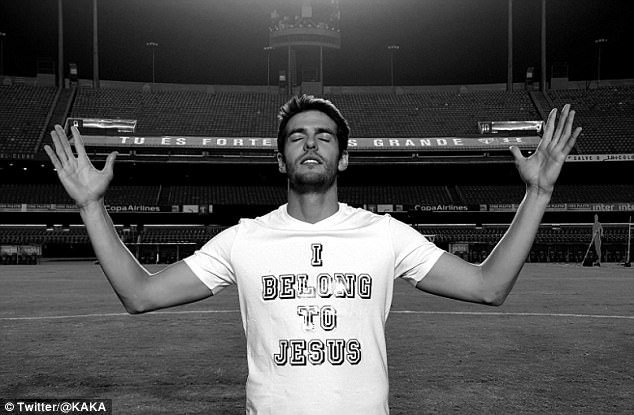 Football legend, Kaka, 35, has officially announced his retirement from professional football, ending his successful career which earned him the FIFA World Player of the Year Award in 2007.

The former AC Milan and Real Madrid star posted a picture of himself wearing the famous ‘I belong to Jesus’ t-shirt on Sunday,  and wrote: Father, It was much more than I could ever imagined.

Thank you! I’m now ready for the next journey. In Jesus name. Amen,’ wrote Kaka.

Father,
It was much more than I could ever imagined. Thank you! I’m now ready for the next journey. In Jesus name. Amem.

The Brazilian legend who started his career with Brazil’s  São Paulo in 2001, joined AC Milan in  2003, where he made 193 appearances and scored 70 goals.

He also joined Real Madrid in 2013, played 85 games and scoring 23 goals for the Spanish club, before returning back to Milan for a year. He made 30 appearances and scored 7 goals.

In 2014, Kaka joined MLS club Orlando City, where he made 75 appearances and scored 24, before returning back on loan to his boyhood club São Paulo

The football legend also made 92 appearances for Brazil and scored 29 goals for the South American nation.