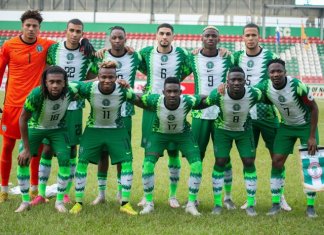 His death was announced on Saturday through football administrator, Alloy Chukwuemeka who shared the news on his social media Facebook page.

Prior to his death, Moneke served as Senior Pastor at God’s True Worshippers Church in Anambra State.

The former footballer took on the path of being a clergyman after his retirement from football and management.

He played during his years at football clubs such as Enugu Rangers, Enyimba FC and in turn Julius Berger of Lagos before retiring into football coaching.

After his coaching career, he took on the path of being a pastor at a church.

The ex-footballer turned pastor joins the like of Taribo West who also took on the path of being a clergyman after hanging up the boots.

The Players who are still loyal to Manchester United