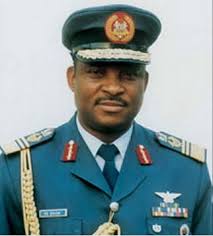 A former Chief of Air Staff, Air Marshall Nsikak Eduok (retd.), has died at the age of 74.

The 12th CAS reportedly died on Wednesday evening at the Ibom Multi-Specialty Hospital, Uyo, in Akwa Ibom State, where he was being treated for undisclosed health challenges.

A statement signed by the Secretary to the Akwa Ibom State government, Dr. Emmanuel Ekuwem, said he died of end-stage kidney failure.

The statement read in part, “The Government of Akwa Ibom State hereby formally announces the death of a former Chief of Air Staff and former Minister of Aviation, Air Marshall Nsikak Eduok(Rtd). He died yesterday, 6th January, 2021 in Uyo.

“The information from his doctors indicates that he died of end-stage kidney failure.

“The late elder statesman was a very respected Nigerian and Akwa Ibomite who contributed greatly to the development of our country and state.

“The Governor of Akwa Ibom State, Mr. Udom Emmanuel, is greatly grieved by the news of his death and extends his condolences to the bereaved family.”

Eduok had his initial military training at the Nigerian Defence Academy after which he went for primary flying training in 1970.

He was appointed as the CAS on August 27, 1993, but the appointment was reversed a week later by the then military government.

He was redeployed as Air Officer Commanding Tactical Air Command and also appointed a member of the Provisional Ruling Council.

On March 20, 1995, he was appointed a member of the Federal Executive Council as Minister of Aviation from where he was reappointed as the CAS on March 30, 1996.