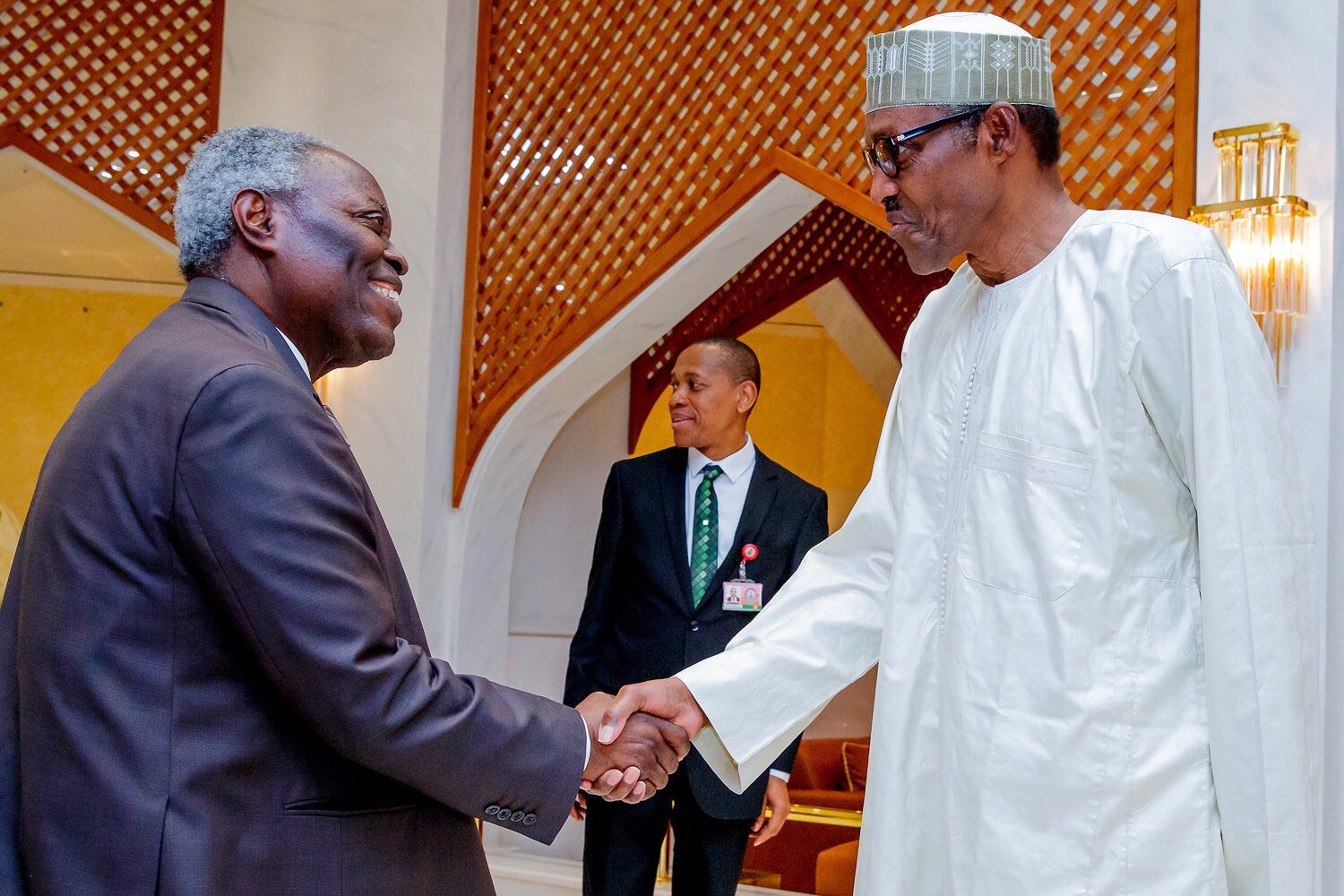 Femi Adesina, Special Adviser to President Buhari on Media and Publicity, has advised Nigerians not to give up on Nigeria in this week’s edition of Fridays With Adesina, titled ‘NIGERIA WILL FLY AGAIN: WE CAN BELIEVE KUMUYI’.

In the article, President Muhammadu Buhari’s spokesman eulogized the General Overseer of the Deeper Life Bible Church, Pastor William Folorunsho Kumuyi for his recent comment urging Nigerians to deviate from inciting violence in the country, stating that the nation will get better.

Adesina, who admitted that the country is currently facing unusual challenges ranging from the deteriorating security situation to the ravaging economic crisis that has plunged the country into hardship, said if only Nigerians could listen to persons like the renowned gospel preacher, the country would be better than it is.

The presidential spokesman slammed other preachers who speak contrary to Kumuyi’s belief, alleging that they contributed in erupting the current violence.

“Don’t give up on Nigeria, but believe things will get better., the preacher also said. He asked all and sundry to focus on God, and not say this or that ethnic group is the problem. Really? That is not what they tell us from some pulpits. The gospel of man, as opposed to the gospel of God.

“Stop identifying; this person is my enemy and problem, that tribe is the problem, Kumuyi said. Stigmatization and stereotyping are parts of the problem of the country today. If only we can listen to people like Kumuyi, then we will have a better country.

“Nigeria has severe security challenges. It’s like hell has opened against the country, and foul creatures, evil through and through, have been unleashed against the land. But have we ever seen darkness overcome the light and evil hold sway over good? No, and never. We shall overcome. Nigeria shall fly again”, Adesina added

Kumuyi began teaching mathematics in 1962 at Mayflower School, his alma mater. He went on, in the early 1970s, to become a lecturer of mathematics at the University of Lagos.

In 2013, Foreign Policy magazine listed Kumuyi among the “500 most powerful people on the planet”. In 2018, Kumuyi received an honorary PhD from the University of Abuja