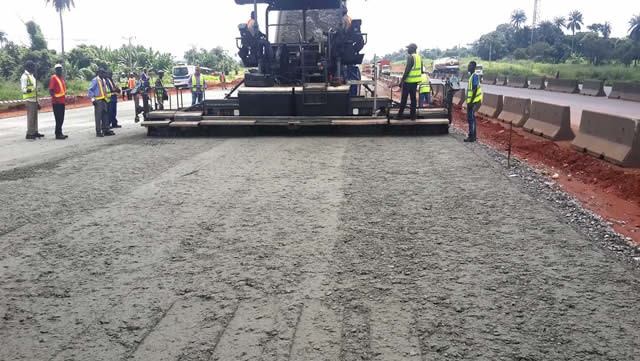 
The Federal Government, on Tuesday, declared 72-hour traffic diversion on the Lagos-Ibadan Expressway around Makun area to allow the contractor install a bridge beam.

The Federal Controller of Works in Lagos, Mr Olukayode Popoola, made this known during the inspection of ongoing rehabilitation of the Lagos-Ibadan Expressway project.

Popoola urged for understanding and appealed to citizens to disregard rumours that the road would be closed.

He disclosed that traffic would be diverted on a stretch of just 400 meters around the construction zone where beams were to be laid on the flyover under construction at Makun near Sagamu Interchange.

He stated that the diversion would begin on Wednesday, July 28 and end on Friday 30 July, a total of 72 hours.

Popoola explained that the reason for the diversion was to permit safe installation of cross beams, stating that, vehicles would not be permitted to ply the area where the beams would be laid to avert accidents.

He said, “The purpose of this inspection is to check the extent of the flyover bridges being constructed on this Lagos-Ibadan Expressway.

“The contractor will launch this beam you are seeing on the ground here at Makun and that will take us about 72 hours to complete.”

The Federal Controller said contrary to media speculations; it would only take 72 hours to launch the beams of the flyover as the diversion points had already been created about 400 metres away from the construction zone.

He added, “Any vehicle coming from Ibadan that is approaching this Makun at kilometer 37 plus 100 will now have to shift to Lagos bound lane and then after this place, another 400 metres away, he will now come back to his own lane originally.

“We are not closing the road. It is not partial closure and it is not total closure, motorists will still be allowed to move but there will be diversion, 400 metres away and 400 metres after where we are working.”

Popoola disclosed that sufficient road diversion signs had been provided and there would be cooperation between traffic regulatory and law enforcement agencies to prevent gridlock.

He urged motorists to be lane disciplined and obey all diversion signs and traffic laws and guaranteed that there would be smooth movement on the highway.

The Federal Controller said increased alternative funding was accelerating the construction works on the highway, guaranteeing that both section one of the project being managed by Julius Berger and section two handled by RCC would be delivered in 2022.

He stated that 31 kilometers of work had been completed to the final stage out of 43.6 kilometers of section one being handled by Julius Berger bringing the entire completion to 76 per cent.

Popoola said, “We have achieved about 45 per cent completion of the bridge alone, if you add it together with the pavement work that we have done, the average completion percentage is in the neighborhood of 76 per cent.”