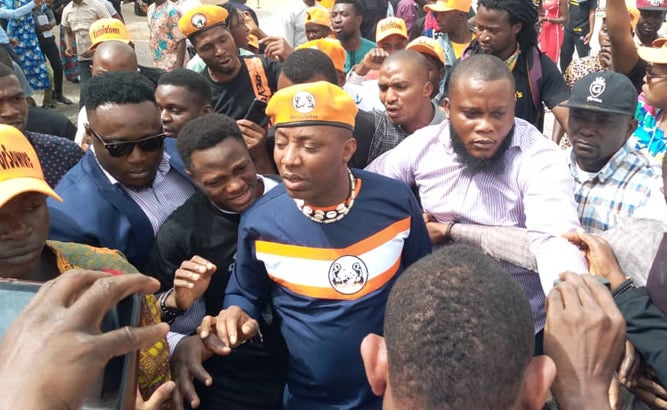 At the court on Thursday, Aminu Alilu, the prosecution counsel, asked that the previous seven-count charge, which was filed in September 2019, be substituted with an amended charge.

Upon re-arraignment, Sowore and Olawale Bakare, his co-defendant, pleaded not guilty to the charges.

In the new charge, the offences which bordered on fraud, cyber-stalking and of insulting the president were removed.

The government accused them of staging “a revolution campaign on 5th day of August 2019, tagged #RevolutionNow” aimed at removing the president during his term in office by unconstitutional means.

The prosecution counsel informed the court of the presence of the first witness whom he said was ready to give evidence.

But Abdul Mahmud, counsel to the defendants, told the court they cannot proceed with the trial because the prosecution was yet to comply with the order directing it to provide statements of the witnesses it intends to call.

He said only the summarised statements of witnesses were served on them.

Mahmud added that the video recording and tape mentioned in one of the witnesses’ statement had not been served on them.

Aliyu said since all his witnesses would be referring to the video evidence, he would need two weeks to enable him to serve the necessary evidence on the defence team.

He also informed the court that the N200,000 cost awarded against the prosecution has been paid to the defence team.

‘As long as I’m president, no gay marriage in Russia’ – President Putin declares