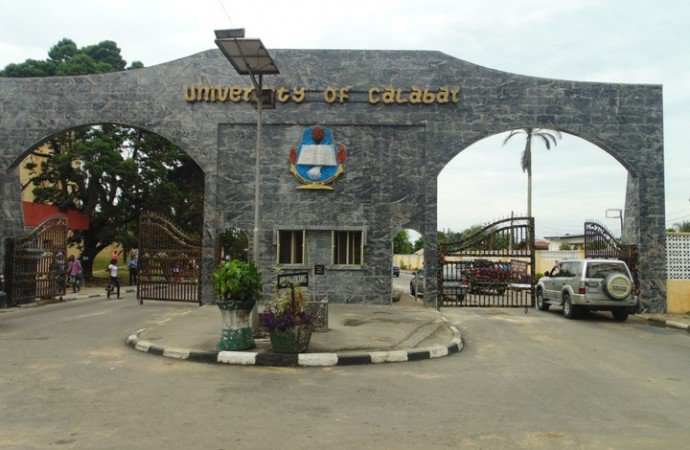 Bassey Eno-Ita, a female final year student of Science Education, 24, has been arrested with 69 wraps of marijuana by the internal security of the University of Calabar (UNICAL).

The suspect was also arrested with various packets of cigarettes in her possession.

Acting Chief Security Officer of the institution, Usani Okon-Etim, said on Monday in Calabar, that 17 students were also arrested at the spot while smoking weed.

Mr Okon-Etim said the suspect and the students were arrested behind the Centre for Educational Studies block, at a popular spot called “Cameroon”, close to the riverine area.

“Today, we arrested one final year student who sells hard drugs suspected to be Indian hemp to students. She was arrested with 69 wraps of drugs and different packets of cigarettes.

“The area where the students and suspects were arrested is highly volatile for kidnapping.

“The university management has issued several warnings to students to shun intake of drugs on campus, but to no avail.

“The students will undergo departmental trial and students’ disciplinary committee after we have presented the matter to the Vice-Chancellor, Prof. Florence Obi.

“In line with the Vice Chancellor’s directive to sanitise the campus against illicit drugs, cultism and rape, we are determined to make this institution a model for learning, teaching, and character moulding,” he said.

He warned students of the institution to desist from taking hard drugs on campus, adding that such an act can possibly lead them to expulsion from school.

Marijuana—which can also be called cannabis, weed, pot, or dope—refers to the dried flowers, leaves, stems, and seeds of the cannabis plant. The cannabis plant contains more than 100 compounds (or cannabinoids). These compounds include tetrahydrocannabinol (THC), which is impairing or mind-altering, as well as other active compounds, such as cannabidiol (CBD). CBD is not impairing, meaning it does not cause a “high”