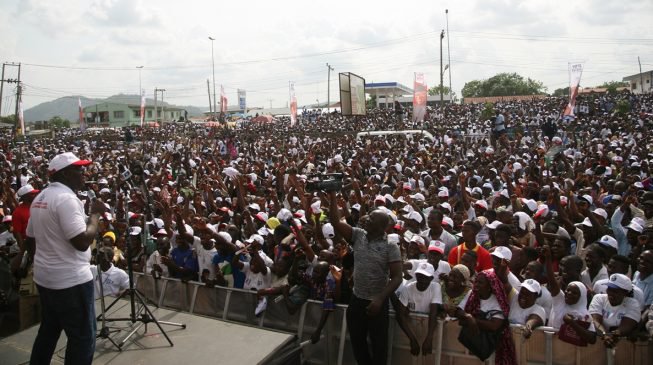 On Saturday, thousands of people gathered in Ado Ekiti, capital of Ekiti state, as Kayode Fayemi, Nigeria’s current minister of mines and steel, declared for July 14 governorship election in the state.

Addressing his supporters, Fayemi who led the state between 2010 and 2014, said he had some “unfinished business” at the Ekiti government house.

He also vowed to prosecute Ayodele Fayose, the incumbent governor, for allegedly mismanaging the resources of the state.

Below are some pictures:

Aisha Buhari reveals why she criticised her husband in public