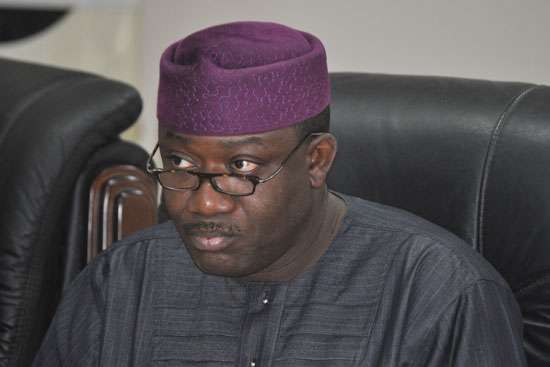 Minister of Mines and Steel Development, Kayode Fayemi and Lagos State Governor, Akinwumi Ambode are on a collision course over the Court of Appeal ruling on control of waterways.

On Monday, the federal ministry urged all duly licensed dredgers in Lagos to go about their legitimate duties without hindrance by the Lagos State Government.

A statement by Mohammed Abass, the Permanent Secretary said that dredgers should disregard any instruction seeking them to stop their lawful operations.

Lagos dared the federal government last week as it issued a seven-day ultimatum to boat operators, dredgers and stakeholders in the state’s inland waterways sector to comply with laws, rules and guidelines concerning their operations or face sanctions.

But Abbas in a statement said: “It is trite to state that by virtue of the Constitution of the Federal Republic of Nigeria (1999 as amended), federal laws in respect of administration of mining activities and utility of inland waterways supersede those of states; in the instance as it affects issues on the

“A cursory review of the ruling of the learned justices of the Court of Appeal indicates a clear recognition of the powers and responsibilities of the various arms and organs of government with respect to administration of mining and inland waterways,” he said.

He noted that the ministry was at a loss as to why some officials would willfully attempt to inverse the ruling of the court to suit their much anticipated outcome.

The permanent secretary said that the learned justices were clear about the extent and limitation of powers of the various arms of government.

He said the ministry took the development with all seriousness and solemn commitment, adding that the FMMSD had already commenced the process of consultations on the issue with all relevant and affected arms and agencies of the government.

The official, however, added that the ministry was confident that an amicable resolution would be reached in no time.