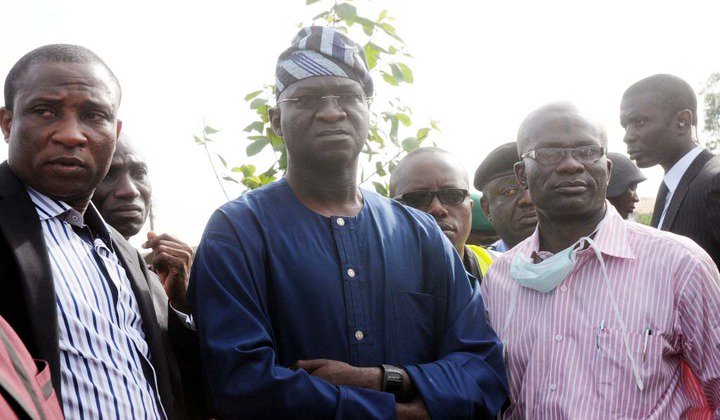 The Senator representing Gombe Central at the National Assembly, Danjuma Goje has advised the Minister of Power, Works and Housing, Babatunde Fashola to “do the needful, if the work is too much for him.”

Speaking on the floor of the Senate on Wednesday, Goje said, the National Assembly would not be intimidated by Fashola’s “blackmail and propaganda.”

The comments credited to Fashola infuriated the lawmakers, Which led to a point of order, raised by Senator Goje.

“Fashola should know that he is dealing with the National Assembly of Nigeria and not Lagos State House of Assembly,” Goje began.

“This Assembly is composed of very patriotic and experienced Nigerians. Many have done this job before him. Many were Governors before him. If the job is too much for him, the ministry is too big. The ministry comprises Works, Housing and Power.

“If the job is to much for him, if he cannot adjust, then he should do the honoruable and needful thing. No amount of blackmail or propaganda by him will stop this National Assembly from doing it duties in accordance with the provision of the constitution of the federal republic of Nigeria.

“We have sworn to uphold and protect this constitution and this we would do to end of the life of this assembly. we would watch how the house would handle him. If he is well handled there, then we would treat him well. If they are not satisfied, then we would take it over,” he added.

In his remarks, the President of the Senate, Bukola Saraki, advised the lawmakers to await the recommendations of the House of Representatives, adding that, the Reps had commenced a legislative action on the matter.

“I think Senator Aliyu Sabi and the Chairman of Appropriation have spoken on this matter and happy that the House of Representatives has taken up this issue,” Saraki said.

“It is a matter that we must be responsible especially those at the position of cabinet to look at issues from the national point of view and the interest of all Nigerians. We would definitely wait for his appearance at the House of Representatives before further contribution,” he added.