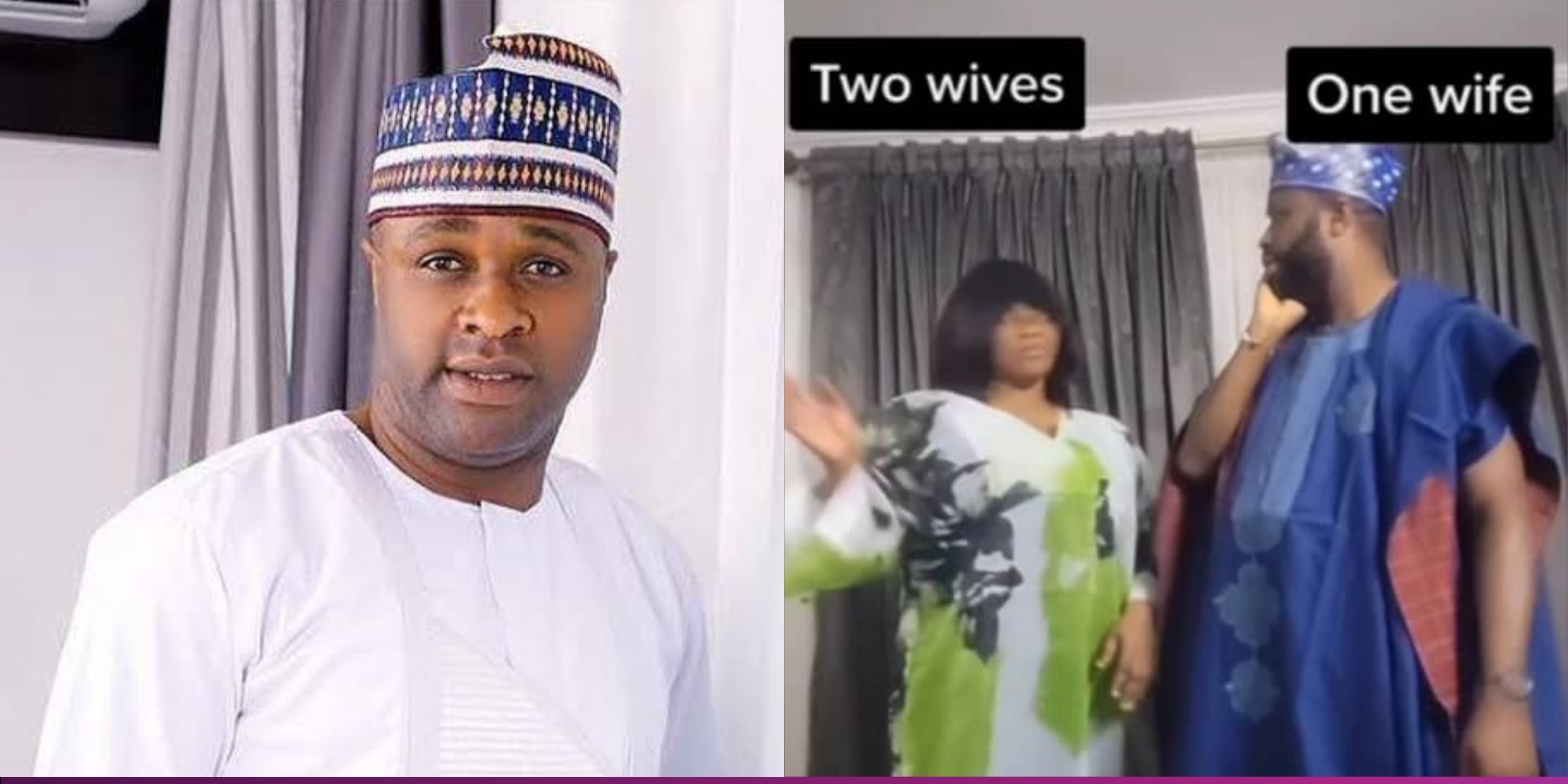 Popular Nollywood actor, Femi Adebayo has been mocked by fans after receiving slap from his wife for preferring a second wife.

Playing a popular game on Tiktok where the player has to choose from two different variables, the actor chooses to have two wives over a single one.

This is coming after the actor could be seen tempted by two endowed ladies at each side of his seat at the birthday party of his colleague, Sotayogaga.

Fans mocked the actor over a video shared on his Instagram page where he was seen dancing in excitement and moving toward the option of having a second wife.

This didn’t go well with his wife as she gave Adebayo slaps which many of his fans jokingly said he deserved it.

Taking to the caption, he promised never to give thought to such an idea again.

“promise I’ll never give this a second thought….” He wrote.

As expected, some of his colleagues and fans mock him while appreciating Femi Adebayo’s wife for doing the needful.

partytwizzlers wrote: The slap is to reset your membrane just in case you’ve forgotten that polygamy is not an option

glitterstouch_makeovers wrote: thank you Aduke as u help me slap am